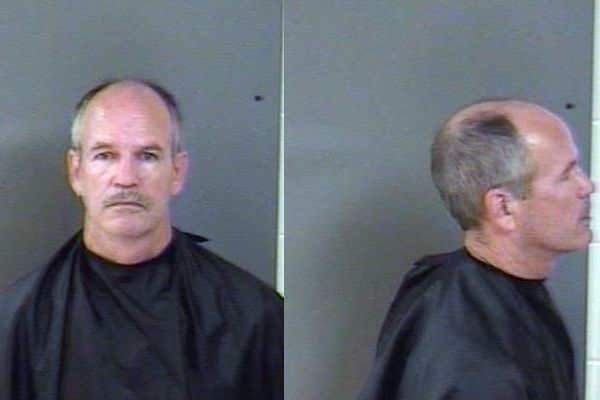 A man was arrested for having illicit photos on his phone in Sebastian, Florida.

SEBASTIAN – A 54-year-old Walmart employee in Sebastian was arrested after a mother of a 6-year-old girl found pictures of her daughter on his cell phone, according to the Indian River County Sheriff’s Office.

Investigators say that a witness contacted the mother after they saw the illicit photos on the suspect’s phone.

On Friday, James Phillip Knowles was charged with Felony Possession of Child Pornography.

The witness told investigators that he reviewed the contents of Knowles’ phone of what appeared to be a young child, staged for a photograph.

“Also in the photo was the hand of what appeared to be an adult male,” according to the detective.

The mother recognized her 6-year-old daughter in the photos. She told investigators that there had been previous complaints and allegations made about Knowles.

Detectives then made contact with Knowles at the Walmart store, located at 2001 U.S. Highway 1 in Sebastian, and asked if he had any objections for investigators to search the content of his phone. Knowles signed a consent to authorize the search, according to the report.

Located on the phone were three photos consistent with the statements provided by the witness.

“In the photograph were also the bottoms of what appeared to be pajama pants, matching and consistent with what the child’s mother previously stated were her daughters,” detectives said.

Knowles first declined knowledge of the photos, but when investigators showed him the images present on the phone, he then agreed that he took the pictures, the affidavit said.

While Knowles agreed with taking some of the photos, he doesn’t know how the illicit pictures got on his phone.

More: Man steals from Sebastian Walmart because he “needed a grill”

“[He] declines knowledge of the illicit photos,” and said he had no explanation as to how the photos of child pornography got on his cell phone, according to the arrest affidavit.

Knowles was transported to the Indian River County Jail where he is still being held on $50,000 bond.