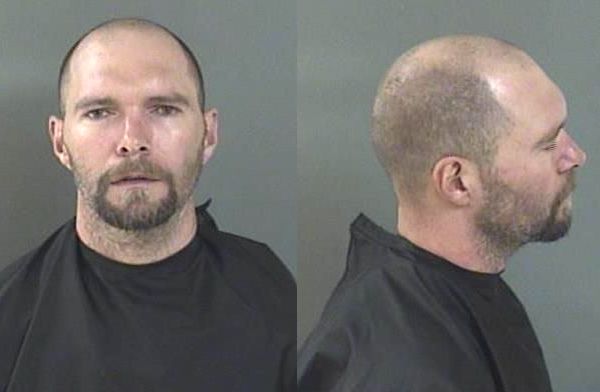 VERO BEACH – On Monday, April 1st at approximately 9:20 p.m., the Vero Beach Police Department received a call from The Stamp Bar about a man who was stabbed in the face with a large Japanese Sushi knife.

“A caller stated a male subject stabbed another male subject who was now bleeding from the face,” according to police.

Pooley told police that he had an altercation involving the victim because he tried to rape one of his female friends. Pooley also asked the bartender “What would you do to someone that raped someone you know,” and the bartender allegedly replied, “Do what you have to do outside,” according to the affidavit.

Pooley was then approached by the victim and two of his friends to go outside the bar to smoke marijuana. While outside, Pooley told everyone that he had a problem with the victim.

According to Pooley, the victim attacked him by swinging his fists but never made contact while trying to hit him. Pooley said he then took out his knife and held it up while the victim tried to take it away from him.

“Pooley stated that he slashed at [the victim] with his right hand towards [the victim’s] chest. Pooley advised he was unsure of where he made contact with the knife on [the victim’s] body,” the officer said.

When police asked Pooley if he meant to strike the victim, he replied, “It wasn’t my intent, but yeah once he got close to me,” the report said.

Pooley, who told police he works as a chef, said that after he struck the victim with the knife, he ran back inside The Stamp Bar and yelled: “that’s what happens to rapists!”

Witnesses at the bar said they saw Pooley holding a knife and swinging it at the victim. Then they heard Pooley say “I am gonna fu***** kill you” before stabbing the victim.

Another witness said he saw the victim running through the bar knocking over chairs with a guy running behind him saying “I am gonna kill you tonight mother fu**er,” the affidavit said.

Pooley was arrested and transported to the Indian River County Jail where he is still being held on $500,000 bond.