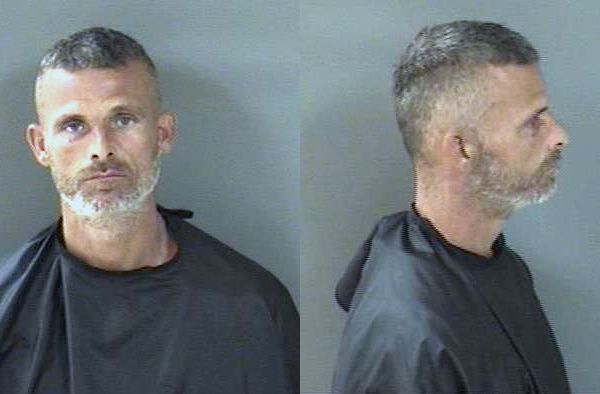 A Vero Beach man was arrested after he threatened two men with a machete. Photo by Indian River County Sheriff's Office.

VERO BEACH – A man told law enforcement that he didn’t see anything wrong with wielding a machete in Vero Beach because the blade didn’t appear threatening, according to the Indian River County Sheriff’s Office.

Ralph Dwyne Jolly, of Vero Beach, confronted two men on Sunday with the machete and accused them of sleeping with his girlfriend.

“This will be a bloody mess. I’ll kill both you motherf—ers,” he told the victims, according to the arrest affidavit.

The victims said that Jolly, 39, approached them with a bladed stance, orange-handled machete in hand. They called the police because they feared that their lives were in imminent danger.

The two men told deputies that they felt Jolly was going to lacerate them with the machete in his hand. His bond was set at $21,000.

Jolly then struck one of the men with an open-hand on his left cheek.

But Jolly told deputies that he didn’t see anything wrong with confronting the men with the machete because of the way the way he was holding the blade.

Jolly was charged with two counts of Felony Aggravated Assault With Deadly Weapon, and Misdemeanor Battery.