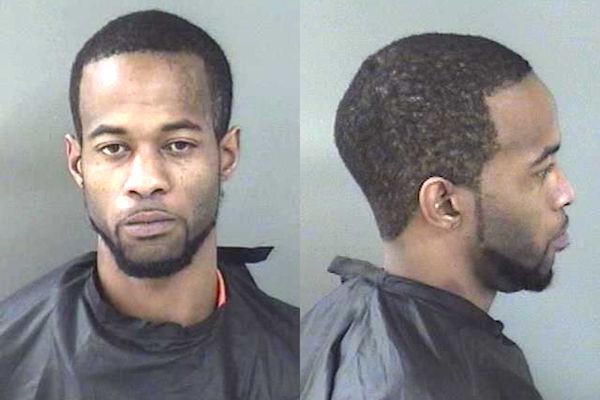 A UPS loss prevention officer in Vero Beach told deputies that they have been coming up short during the past few weeks on cell phone products, particularly Apple iPhone Xs.

The products were supposed to be delivered to businesses and residential addresses. They found out that it always happens to be the same offloading dock by one of their employees.

On Monday, UPS worker Sherraud Deon Jones, 25, was seen taking two UPS boxes and placing them on a tire rack. The boxes were set to be delivered the same day.

After observing Jones, the loss prevention officer called deputies and explained the situation. He then told law enforcement that Jones is usually picked up after work in a red Nissan Altima.

Soon after, the car pulled up to the UPS center and the loss prevention officer told the deputy “that’s it” and that Jones was approaching the vehicle.

A deputy pulled into the parking lot with blue and red lights and parking in front of the Nissan Altima. At the same time, Jones was trying to conceal the two UPS boxes.

“I observed Jones walking to the red Nissan Altima attempting to conceal two UPS boxes inside of his jacket,” the deputy said.

Jones was taken into custody and the deputy made contact with both customers whose names, addresses, and phone numbers were on the exterior of the box.

The customers said they did not allow or give permission for anyone to pick up their cell phones from the UPS store. Both victims advised their stolen iPhone X were valued at $1,200.00 each. The total value of both items is $2,400.00.

Jones was arrested and transported to the Indian River County Jail where he was charged with 2 counts of Felony Grand Theft.

Woman who gave up child in Vero Beach back behind bars