Woman who gave up child in Vero Beach back behind bars 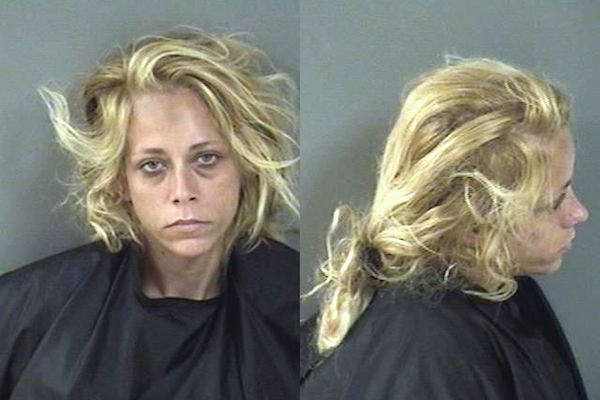 A woman in Vero Beach is back behind bars after using someone's debit card to order pizza from Domino's. Photo courtesy from Indian River County Sheriff's Office.

VERO BEACH – A Vero Beach woman who gave up her child last June by leaving the boy at a restaurant has been arrested again.

Amber Lynn Warner, 31, already had a warrant out for her arrest in Vero Beach on charges of Child Neglect, and Resisting Arrest when she was allegedly committed fraud by using someone else’s debit card to order pizza.

A man called the Indian River County Sheriff’s Office to report Warner, who used his debit card without permission.

The two were cleaning out a storage unit and a van when Warner asked if she could stay overnight inside the unit. The victim, who also a friend, refused to let her stay there.

Warner left on foot and the victim received an email from Wells Fargo informing him that his checking accounting balance was zero.

A bank employee said that someone used his debit card to order from Domino’s Pizza.

Deputies went to the Domino’s store and retrieved a copy of the receipt for the debit card. It appeared to be signed.

The delivery person said that a white female answered the door and signed the receipt.

Also present at the door was another male, who was interviewed by law enforcement. He said Warner had ordered the pizza online and used a debit card that was written on a piece of paper.

Warner told deputies that she believed the victim had orchestrated all of this to set her up. She was transported to the Indian River County Jail. She has no bond.