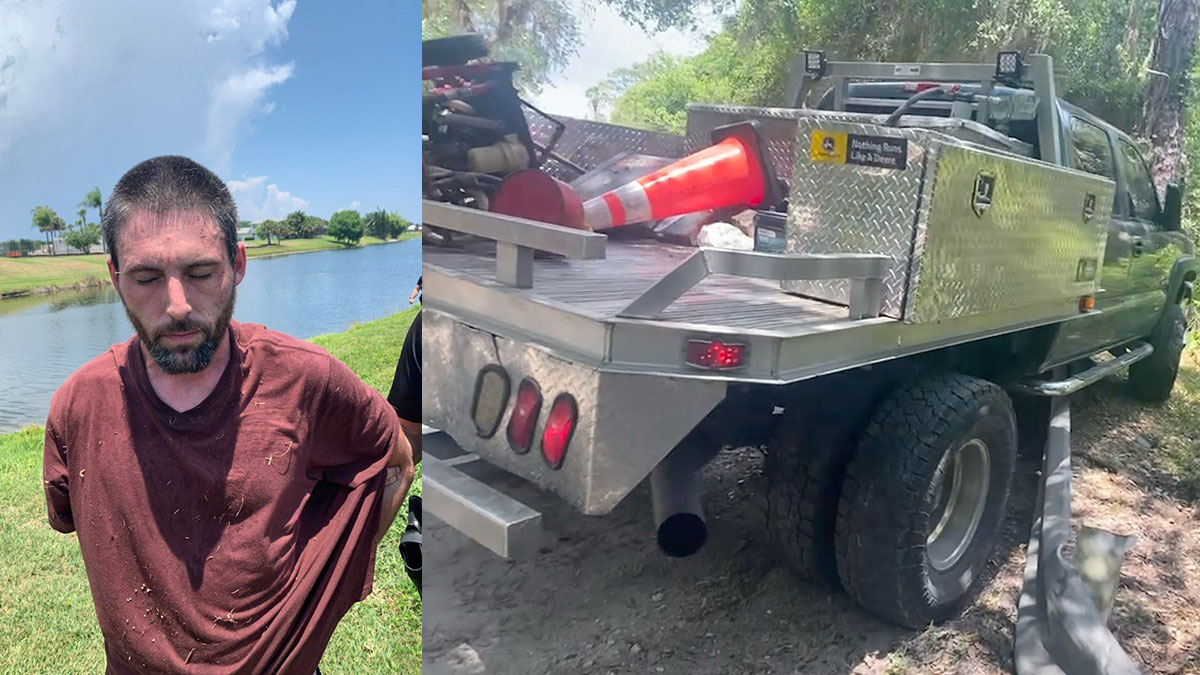 The vehicle was stolen from the City of Titusville’s jurisdiction earlier in the day and was later spotted by a friend of the owner southbound on I-95.

The driver drove the vehicle recklessly before entering Indian River County via I-95 at 12:39 p.m. at speeds of approximately 100 mph southbound in the northbound lanes of I-95, before pulling off at the Fellsmere/Sebastian exit.

Uniformed patrol deputies attempted to stop the vehicle, at which point the truck fled, leading deputies on a high-speed pursuit in Sebastian eastbound on County Road 512. The truck then traveled north before crashing at Canoe Launch Cove, behind the AutoZone in Sebastian. The driver then bailed out of the vehicle and continued to flee.

The Aviation and K-9 units responded to the area, and within 10 minutes, the driver was located in a nearby lake and taken into custody without further incident.

The driver was identified as Shawn Foster, of Cocoa, Florida. He faces multiple charges that include aggravated flee and elude, resisting arrest without violence, reckless driving, possession of drug paraphernalia, and leaving the scene of a crash with property damage.