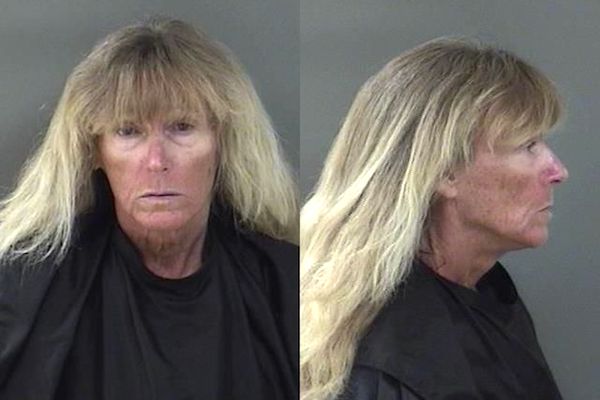 Joan Carberry Sava is known as the woman who walks the streets in Sebastian wearing a flower-colored dress. Photo by Indian River County Sheriff's Office.

SEBASTIAN – A woman known to walk the streets in Sebastian wearing a flower-colored dress has been arrested again for trespassing, according to the Sebastian Police Department.

The homeowner didn’t know who Sava was and called Sebastian police to have her removed from the property, the report said.

Officers arrived and found Sava had two warrants in Indian River County for Failure to Appear in court and trespassing.

Sava, who told officers she was unemployed, was transported to the Indian River County Sheriff’s Office.

In December, several residents in Barefoot Bay called the Brevard County Sheriff’s Office about a woman wearing a teal or green dress with flowers. They said Sava was allegedly going door to door to solicit sex with men.

By the time deputies arrived, she had already left the area and was seen walking on U.S. Highway 1 in Sebastian.

In the past, several local establishments, including Captain Hiram’s Resort and the Tiki Bar & Grill, have called police on Sava to have her removed from their property after she allegedly solicited sex to patrons.

In July, Sava was arrested for trespassing after soliciting sex.

Sava has been rearrested several times during the past 12 months for trespassing. She has a court date on Feb. 27.