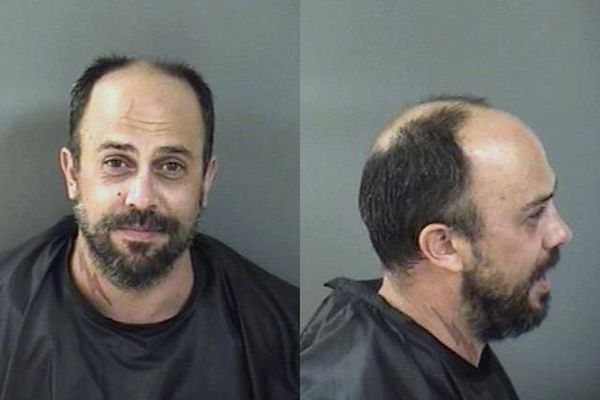 Vero Beach man tells police it was Donald Trump who opened the door for him at the Chevron gas station. Photo by Indian River County Sheriff's Office.

VERO BEACH – A 41-year-old man told officers that President Donald Trump opened the Chevron gas station for him to rob after he was caught stealing merchandise, according to the Vero Beach Police Department.

William Thomas Keating, of Vero Beach, was seen by a motorist entering the Chevron gas station, located at 3365 Aviation Blvd., and banging his fist on the counter multiple times while the business was closed.

The incident happened on Tuesday morning at approximately 4:00 a.m. when a passerby saw him inside the store.

Keating, who told police he works as a publisher in Vero Beach, was seen with his hands full of merchandise.

“During my limited questioning of Mr. Keating, he stated that he knew he was not supposed to be in the store but stated that Donald Trump opened the door and let him in,” the officer said.

The merchandise stolen was as follows:

In Keating’s coat pocket were 10-15 white pills that were sent to the lab for testing.

The owner of the Chevron gas station arrived and stated he has never seen Keating before and that he did not have permission to be in the store while it was closed.

Keating entered the front door, which was unlocked. A new employee forgot to lock the door before leaving.

Keating was transferred to the Indian River County Jail for processing.