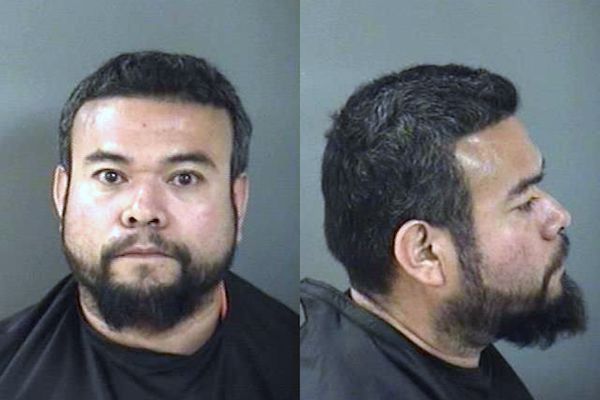 VERO BEACH – On Monday, deputies received a call from 5470 45th Street in reference to a man firing an AK-47 rifle, according to the Indian River County Sheriff’s Office.

Salvador Antonio Ayerdis, 46, allegedly pointed the rifle at someone during a dispute about money and threatened to kill a mutual friend, the report said.

The victim told deputies he was in the middle of a dispute between Ayerdis and a friend. When the victim told him he didn’t want to be in the middle, Ayerdis pointed the AK-47 at him and said, “you think I’m fu**ing around, where is he, I’ll kill that motherf***er” before turning around and walking back to his vehicle.

The victim fled and notified law enforcement. Moments later, the victim heard gunshots that sounded like a high powered rifle.

The victim told deputies that Ayerdis left a in red/maroon Chevy pickup. A few minutes later, a Vero Beach Police Officer located the pickup after hearing about the incident.

The sheriff’s office arrived at the location and found an AK-47 located on the rear seat with a loaded magazine and one in the chamber.

Ayerdis told law enforcement he was never at the location, but then recounted his statement after deputies recovered surveillance video.

“Ok I was there but just to try and collect my wife’s money,” Ayerdis told deputies.

Ayerdis was booked on a charge of Felony Aggravated Assault with a Deadly Weapon.