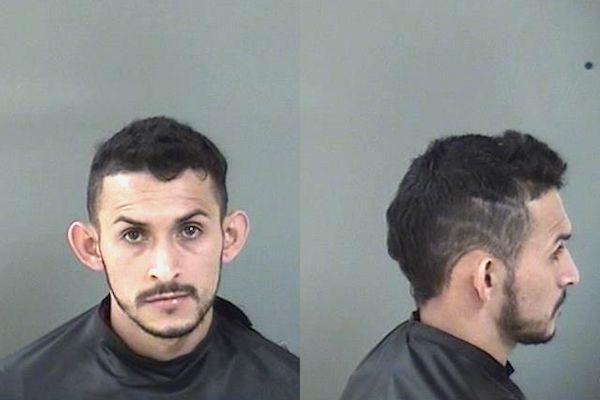 Salvador Alberto-Ramos, of Fellsmere, is in the United States illegally. He's currently being held without bond with an Immigration hold. Photo by Indian River County Sheriff's Office.

A 26-year-old man was arrested on a count of Lewd and Lascivious Battery on a Child Age 14-16, according to the Fellsmere Police Department.

Salvador Alberto-Ramos, of Fellsmere, was arrested by investigators Tuesday morning at approximately 10:30 a.m. after they became aware of a relationship between him and the minor on February 14th.

The parents of the girl notified the Fellsmere Police Department after they found out about the sexual encounter between their daughter and Alberto-Ramos.

The victim was told by Alberto-Ramos to “keep it a secret” because of their age difference.

“During the investigation, Fellsmere investigators became aware of the possibility that Alberto-Ramos may have engaged in similar behavior with others below the age of legal consent and that unlawful images of a sexual nature may have been exchanged via cell phones,” said Chief Keith M. Touchberry.

Police said Alberto-Ramos told them the girl was pursuing him in a romatic way, and that she told him repeatedly that she wanted to marry him.

“He explained that he was feeling a lot of pressure from her. He stated that he knew she was underage,” the investigator said.

“He went on to state that he told her to keep it a secret because of their age difference and he did not want any trouble. He stated that its why he deleted all record of their communications from both of his cell phones. He stated that she would send him naked images and videos of herself, but he insisted this was never done at his request,” the report said.

Alberto-Ramos, who works as a waiter in Sebastian, is from Honduras and is in the United States illegally. He is being held without bond in the Indian River County Jail with an Immigration hold.

This is an ongoing investigation and anyone with information about this crime or others committed by Alberto-Ramos are asked to contact Detective Adam Dean at 772-571- 1360.