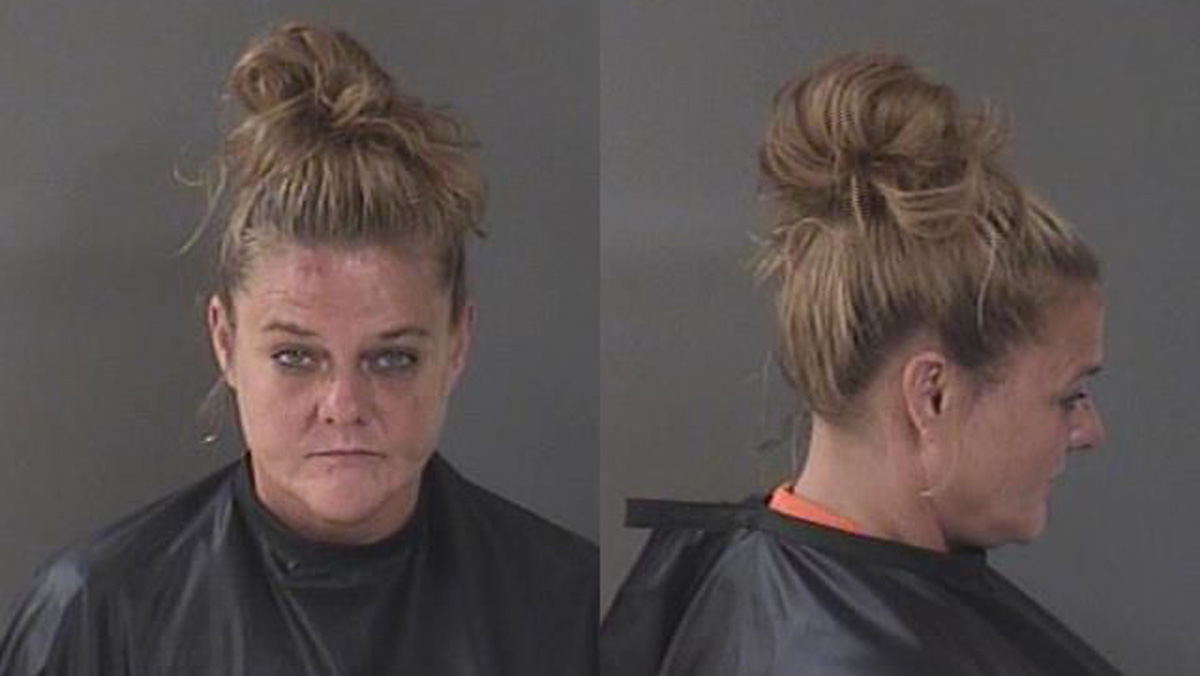 A Sebastian woman was arrested Tuesday night after fighting with an 86-year-old man in the parking lot at Earl’s Hideaway Lounge. Police said she lured the man out of the bar after asking him to go home with her. When police arrived, she threatened to “blow snot” on the officers.

According to the Sebastian Police Department, officers observed the older man lying on his back with scrape injuries to both forearms in the establishment’s parking lot. Standing next to the victim was another man with a bleeding wound on the left side of his face.

The suspect, later identified as 47-year-old Kristine Mary Bourassa, attempted to flee on foot down Indian River Drive. Bourassa ignored all commands to stop by the officer. Another officer caught up to Bourassa and asked her to stop. A struggle ensued between the suspect and two officers.

As police handcuffed Bourassa, she threatened to blow snot from her nose onto the officers.

“The suspect continuously stated that she was going to blow snot from her nose,” the officer said. At the same time, Bourassa grabbed an officer’s groin and started to squeeze his testicles, causing physical pain. The suspect was argumentative and physically defiant.

“At one point, she stood up and stated, ‘what if I had COVID?’ Bourassa then coughed intentionally at the officer’s direction.

Bourassa, who told police she works as a housekeeper, was placed into the back seat of a patrol vehicle as officers investigated what happened at the establishment. The suspect continued to “scream and thrash” inside the patrol vehicle.

According to police, Bourassa was in the bar attempting to engage several male patrons romantically. She then lured the 86-year-old victim to the parking lot after asking him to go home with her.

Once in the parking lot, the victim, who was highly intoxicated, decided not to leave and tried to walk away from Bourassa. She then pushed the man to the ground as the situation escalated. Bourassa then scratched another man in the face with her keys as he was trying to help the victim. EMS arrived to check on the victim’s welfare.

Bourassa was charged with Felony Battery on a Person Over 65, Battery on an Officer, Resisting Arrest, and Simple Assault on an Officer. Police transported her to the Indian River County Jail.

On the way to jail, Bourassa continued to exhibit violent and obscene behavior.

“She repeated that her uncle is a Lieutenant with the New Hampshire Police and now works for the City of Tampa. She stated that I should let her go free or else,” the officer said.