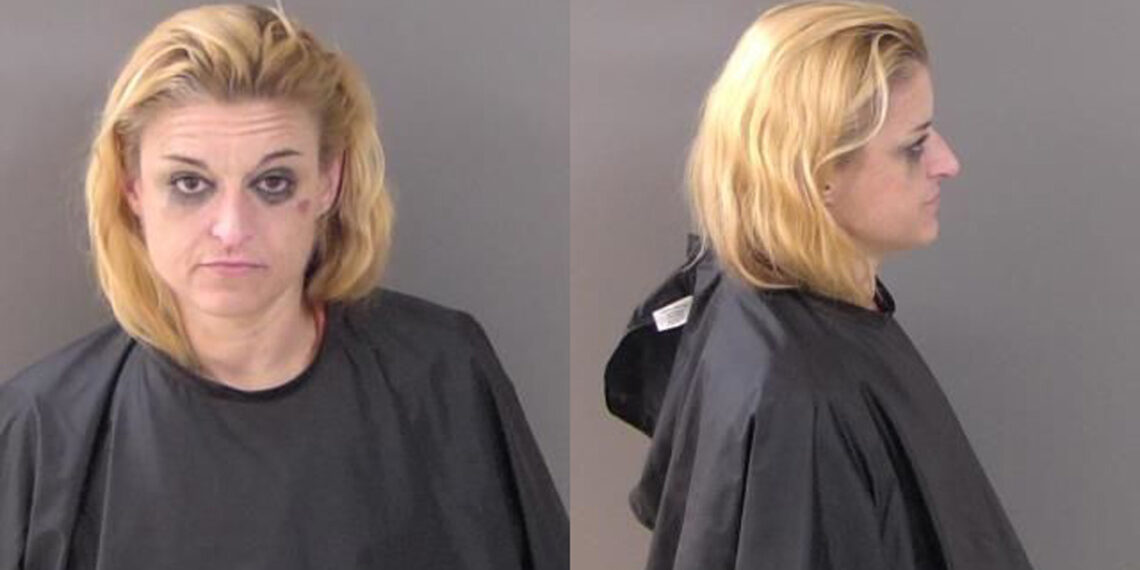 A 40-year-old woman was arrested on multiple charges after fleeing from Indian River County Sheriff’s deputies in Sebastian, Florida.

Kristina Marie Cleveland, of Sebastian, was charged with felony flee & elude, possession of a controlled substance, driving on a revoked driver’s license, failing to leave info after a crash, resisting arrest, three counts of felony possession of drug paraphernalia, and cocaine possession.

On Saturday at approximately 12:00 p.m., a motorist approached a deputy, informing him that Cleveland tried to run a couple of cars off the roadway near 66th Avenue.

As the deputy was following Cleveland in her silver Nissan Sentra, she passed another vehicle in a no-passing zone and turned right onto Beach Lane. Then, she went through a stop sign by going offroad and cutting between another vehicle, the affidavit said.

The deputy attempted to make a traffic stop on Lance Street, but Cleveland cut two more vehicles off, nearly causing a crash. The Nissan then turned onto Mabry Street, where the driver continued to flee to a residence where she collided with a parked car in the driveway.

According to the affidavit, the deputy observed Cleveland exit the vehicle and run toward the backyard. He was able to catch and detain Cleveland after yelling multiple commands for her to stop.

After being detained, Cleveland told the deputy she noticed him attempting to stop her, but she fled because she didn’t have a valid driver’s license. The deputy discovered that her license was canceled indefinitely on April 19, 2022.

While searching her vehicle, deputies located a black purse on the front seat with a plastic bag with a substance that tested positive for cocaine. There was also a cut plastic straw with white residue, a chore boy used as a mesh to consume narcotics, and a metal vial containing a white powdery substance.

Cleveland is currently being held at the Indian River County Jail on a $33,000 bond.