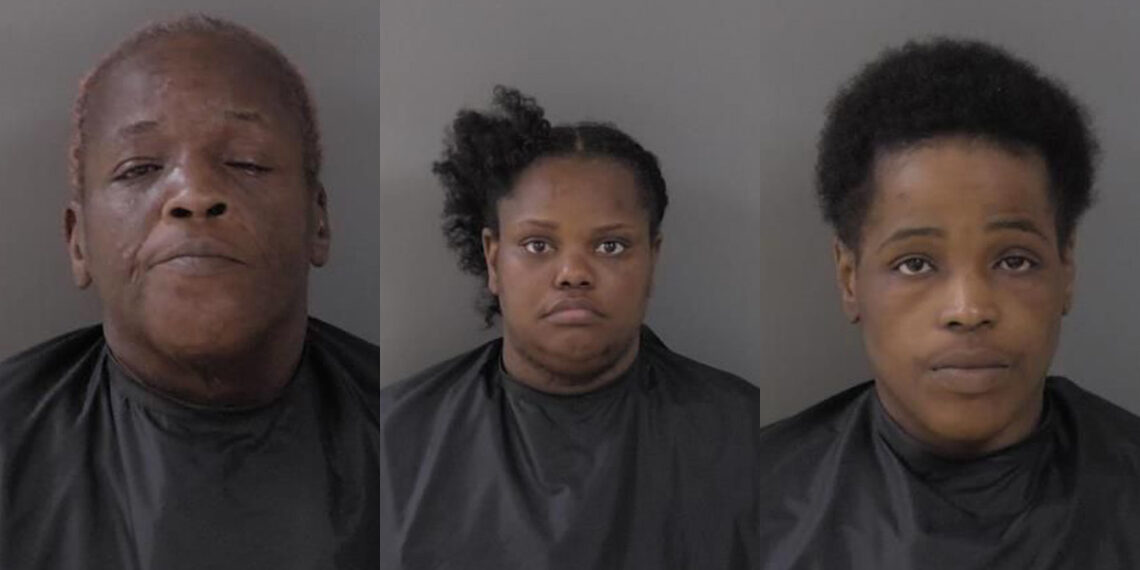 Three women walked out of Walmart with three shopping carts of merchandise without paying in Sebastian, Florida. The police said their vehicle was “filled to the roof” with miscellaneous items in their original store packaging.

The three suspects were identified as Cherrie Denice Robinson, 51, of Florida City; Shayana Shenay Richardson, 32, of Miami; and Charmine Latrice Calhoun, 30, of Homestead.

The Sebastian Police Department received a call last Thursday, October 27, 2022, at approximately 10:00 p.m. from a loss prevention officer at Walmart about a shoplifting that had just occurred. The three suspects loaded up the merchandise in a vehicle before leaving south of U.S. Highway 1.

With the vehicle filled with merchandise, there was no room for a flat-screen TV, so the suspects placed it on the roof and held onto it as the car drove away.

A few moments later, a police officer observed the vehicle with the TV on the roof and the occupants and made a traffic stop. Robinson, who was the backseat passenger, was holding an infant in her lap. When asked why there was no child restraint in the vehicle, Robinson stated they removed it because there was no room in the car.

At first, all three suspects blamed each other for walking out with the TV without paying for it. Calhoun said the merchandise in the vehicle was from several friends “from around” for Christmas. However, Calhoun could not provide the names of the individuals who gave them the items.

After watching the video surveillance from Walmart, the police said it showed the three filling up the shopping carts with various items. The video then shows Richardson and Calhoun in the bread section while Robinson proceeded to the self-checkout, where she scanned a portion of the items in her cart before exiting the store.

Then, Richard and Calhoun followed Robinson, passing all points of sale with their shopping carts. The total amount of merchandise stolen from all three shopping carts was $2,993.03.

DCF arrived on the scene, took the child, and made arragenemnts for a family member to take custody.

All three were charged with felony retail theft and transported to the Indian River County Jail for processing. They are each being held on $50,000 bond.