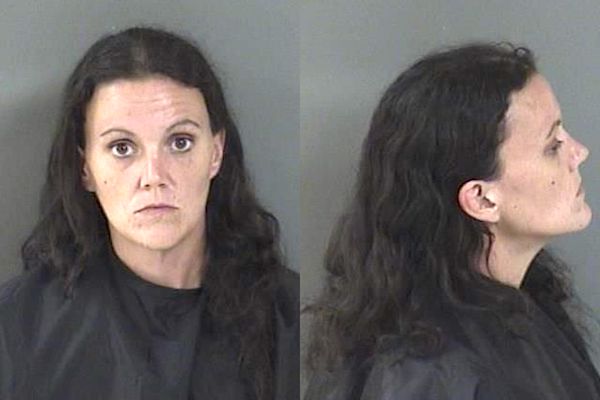 A woman asked a Walmart employee to load stolen merchandise into her vehicle in Sebastian, Florida.

SEBASTIAN – A woman was arrested at the Walmart in Sebastian after trying to get an employee to load her vehicle with stolen merchandise, arrest reports show.

The Sebastian Police Department received a call about a theft last Friday from Walmart. An asset protection employee told police that a woman stole a generator and other items from the store.

Police observed video surveillance showing 33-year-old Keri Lynn Maroney, identified after the plate number on her vehicle was obtained, pushing a shopping cart around that contained a generator, a pack of “Twisted Tea” beverages, and a “Shark Steam” mop.

Maroney was seen pushing the cart through the garden center and passing all points of sale. Once outside, she asked a store employee to help her load the items into her vehicle.

The employee became suspicious and asked Maroney for her receipt. When she couldn’t produce one, she left the stolen merchandise outside with the employee.

Police made contact with Maroney at her residence where she told officers that she never intended to steal the items from Walmart. She claimed that she forgot to pay for the merchandise.

Maroney was arrested on a charge of Felony Grand Theft and has a court date scheduled for Nov. 28, 2018.

Econo Lodge employee says man was “drunk out of his gourd”

Econo Lodge employee says man was "drunk out of his gourd"