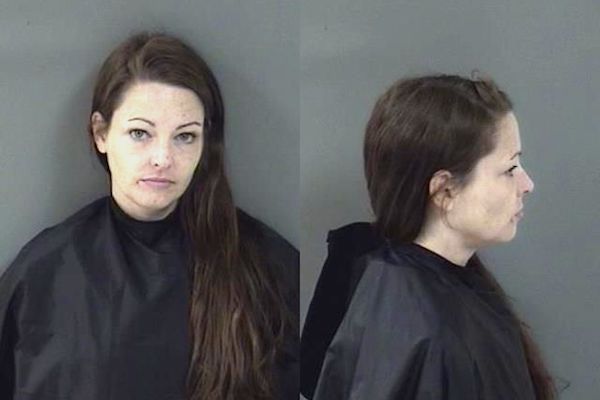 SEBASTIAN – A woman who was already arrested this year for biting her mother is now behind bars after pushing her grandmother, according to the Sebastian Police Department.

The grandmother told officers that Theissen was causing a verbal disturbance all day “because she was drinking,” the report said.

“[The grandmother] stated Theissen was yelling at her and called her a ‘Fu** Girl’,” the officer said.

The victim said she went into the garage area where Theissen “grabbed her by the arm and pushed her,” according to the affidavit. The grandmother was afraid and called the Sebastian Police.

Officers then spoke with Theissen who was sitting outside on the back porch. She was “highly intoxicated and I could smell a heavy odor of an alcoholic beverage coming from her breath and person,” the officer said in the report.

Theissen, who has a tattoo on her lower back that declares “Only I can judge me,” stated that she never touched her. But, she did say she called her grandmother a “bitch,” the affidavit said.

Theissen was arrested and transported to the Indian River County Jail.

In February, Theissen was arrested for biting her mother and pulling her hair because she took too long to get her cigarettes.

In April, Theissen was arrested again for beating her roommate with a TV remote.