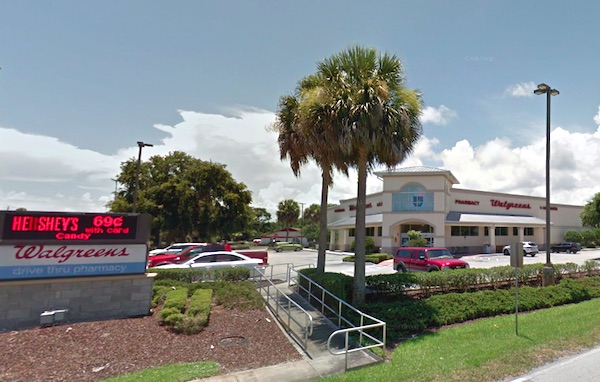 A Walgreens in Sebastian was robbed twice during the weekend.

SEBASTIAN – A Walgreens store in Sebastian was robbed twice by the same suspect over the Christmas weekend in Indian River County.

Sources believe it was the same suspect who got away with both robberies. Police are still searching for the suspect.

The Walgreens management staff said no one was hurt. The robberies took place on Saturday and then Christmas at around 8:00 p.m.

“We live very close, and there was some weird stuff going on in the woods next to us,” Penne Thompson wrote on Facebook. Thompson heard the sounds of police radios at around 2:30 a.m. as a helicopter was searching for the suspect.

Police are still conducting an investigation at the store near Barber Street and U.S. Highway 1. More information will be released on Tuesday.