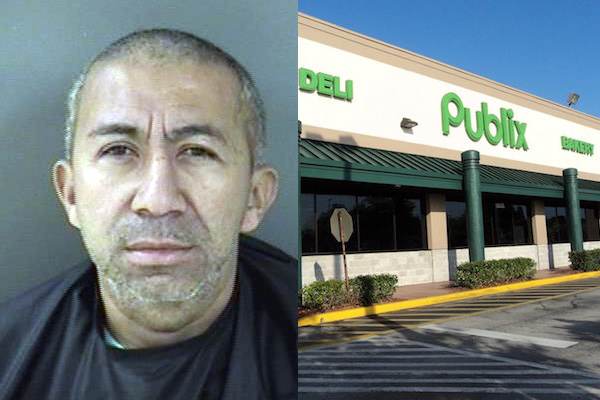 SEBASTIAN – A Publix store manager called police about a Sebastian man causing a disturbance over the sale of alcohol.

The man, identified as Jose Torres Leiva, was allegedly intoxicated and creating a disturbance when a Publix employee denied to sell him alcohol.

The suspect then went through the store cursing at other employees before the store called the police.

When police arrived, Leiva was seen reaching into a vehicle in the parking lot as the driver “was attempting to get away,” according to the report. Deputies made contact with the suspect and could immediately smell the strong odor of alcohol emitting from his breath.

Leiva told police he had “a couple of beers” and said he recently got out of the hospital and walked over to Publix. When asked why he went to the store, he said he wanted “to get the manager to call 911 so the police would show up and give him a ride to his home in Fellsmere.”

The store manager said Leiva attempted to buy beer and was denied the sale of alcohol. He then became belligerent and began cursing at the employees. At one time, Leiva walked up to an employee and called him the N-word, according to the report.

Leiva was arrested for Misdemeanor Disorderly Intoxication and transported to the Indian River County Jail.