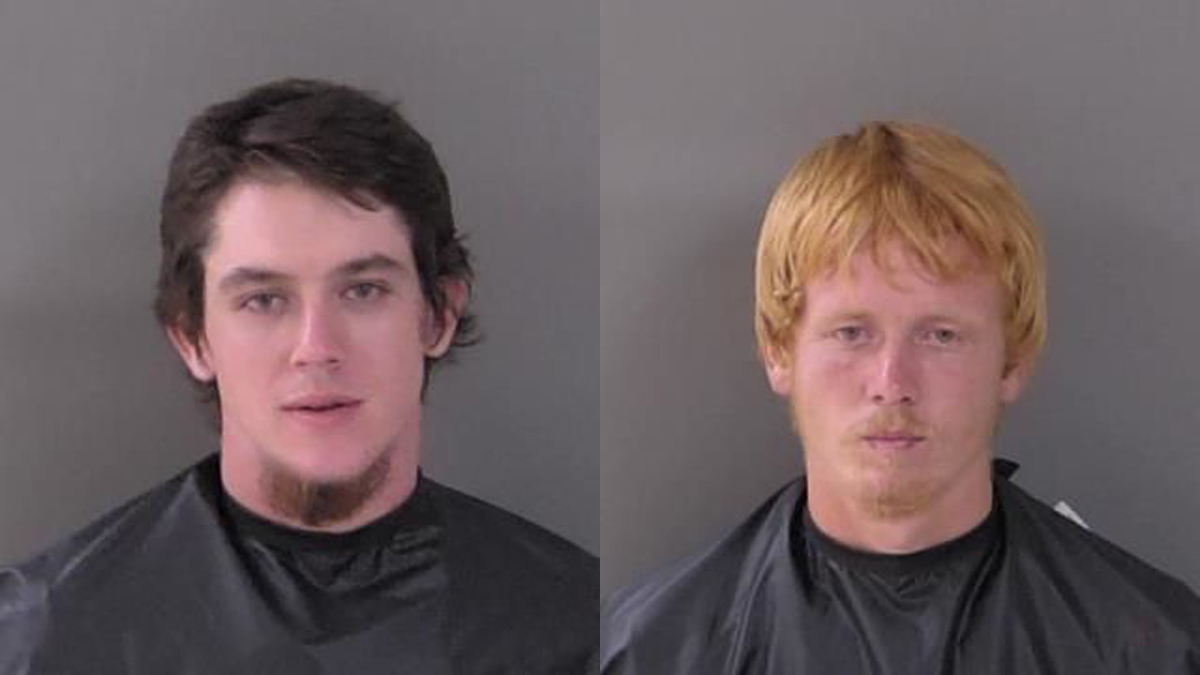 The Sebastian Police Department arrested two men, ages 19 and 20, on charges of stealing a handgun from a pickup truck.

On Sunday, June 26, 2022, officers responded to a home on Abeto Terrace in reference to a vehicle burglary. The victim said someone stole his 9mm handgun and two fully loaded magazines from his unlocked pickup truck.

At around 2:20 a.m., the victim was disturbed by a strange noise and checked his video surveillance. He discovered that two individuals had removed a firearm from his truck.

The video shows two males walking up the driveway alongside the truck, leaning inside, and removing an unknown item before closing the door and fleeing the scene.

The suspects used a rag to open the door and concealed their faces. However, one of the officers recognized the two suspects who he’s had extensive contact with in the past.

Officers then spoke with Devin Cruce, 20, and Justin Morgan, 19, about their whereabouts around the same time as the burglary.

Cruce and Morgan told the police that they had been walking around the preserve area, directly behind the residence where the burglary occurred, and were “smoking weed.” They never left the preserve and had been fishing.

They initially denied stealing anything and told police they never left the preserve area.

However, when officers explained the nature of the evidence regarding the incident and the potential criminal charges resulting from the burglary, Cruce stated, “I never completely walked up to a vehicle. I just yelled, ‘Justin, Justin, Justin,'” police said.

When the police showed the video to Cruce, he denied owning the same clothing.

“It was determined that the totality of the available information created a significant certainty that Cruce and Morgan are the responsible individuals for the burglary and theft of the firearm,” police said.

A warrant was issued for their arrest.

On Tuesday, June 28, 2022, the police stopped a vehicle occupied by both men near the Country Ham & Egg restaurant in Sebastian and were taken into custody.

Cruce and Morgan were already out on bail on charges of inciting a riot at the Speedway in Sebastian. A judge revoked their bond.

Mardy Fish Foundation Awards SRHS Cheerleaders with a check for $5,000

Mardy Fish Foundation Awards SRHS Cheerleaders with a check for $5,000