2 People Accused of Inciting a Riot at Speedway in Sebastian 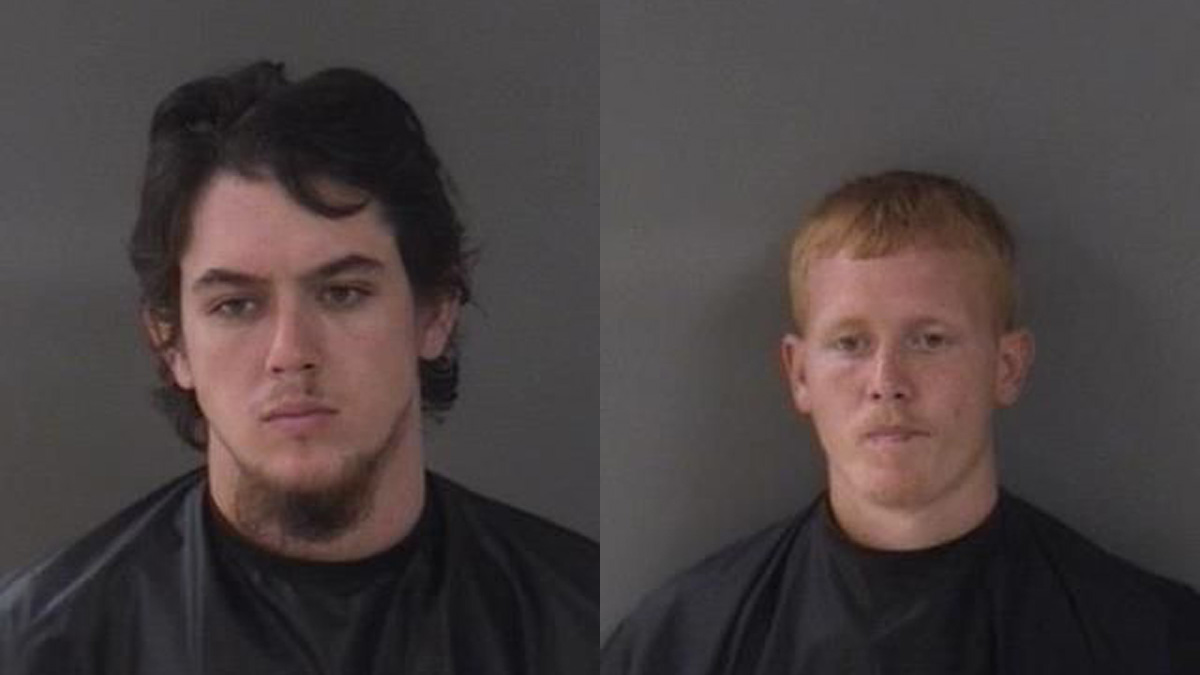 Two men were arrested on Felony Battery, Affray, and Unlawful Assembly charges after attacking a man sitting in his truck at the Speedway in Sebastian.

On Sunday, at approximately 12:02 a.m., the Sebastian Police Department responded to a physical disturbance at the gas station where a large group of males physically beat one individual.

As police arrived, most of the group fled the scene on foot, and two males were detained. A white female, who was with the male victim, was screaming in the parking lot, pointing to the two detainees, and said, “those are them,” the affidavit said.

The two detainees were later identified as Justin Michael Morgan, 19, and Devin James Cruce, 19. Both are from Sebastian, FL.

The female told officers that she and her boyfriend were going to his friend’s gravesite, who had recently passed away. They stopped at the Speedway gas station for snacks and drinks while on the way. The female went into the store while her boyfriend stayed in the truck.

While she was in the store, a group of males appeared and surrounded the truck. One of the detainees hit the vehicle, and that’s when the male victim exited.

According to the affidavit, the victim was then rushed by five males, who knocked him down to the ground near the gas pumps and continually struck him in the back of the head and torso until police arrived. Multiple independent witnesses corroborated the attack.

“[The victim] was in excruciating pain, and his right arm was clearly dislocated at the shoulder. He had a bloody mouth with redness and swelling all around his head, neck, chest, and shoulders from the repeated blows,” the officer stated in the report.

The victim was then evaluated at the Sebastian River Medical Center for injuries.

Police observed recorded security video from Speedway that captured the whole incident. About seven subjects, including Morgan and Cruce, “who acted in concert, fighting in public, causing terror to the people” in the parking lot.

“I was able to observe defendants Cruce and Morgan initiate the altercation and acts of violence lasting several minutes against [the victim]. I observed [the victim] beaten by Cruce, Morgan, and several other subjects as he was placed on his knees and struck on the back of the head and kicked while he was on the ground,” the officer said.

Morgan and Cruce allegedly bragged about injuring the victim on the way to jail, which was recorded by the police.

“I placed Morgan and Cruce under arrest for battery and placed them both in the back of my patrol car. The pair immediately began to make spontaneous statements and bragging saying, ‘I coldcocked that fool,’ ‘we knocked that motherfu**er out,’ ‘he deserved every fu**ing blow he got.’ Morgan was even moving around after removing the seatbelt I placed on him, attempting to demonstrate how he hit [the victim]. The car ride lasted about 30 minutes, and all spontaneous statements were recorded on in-car video and audio,” the officer said.

Will there be 9,000 more homes near Sebastian? Not quite – Editorial