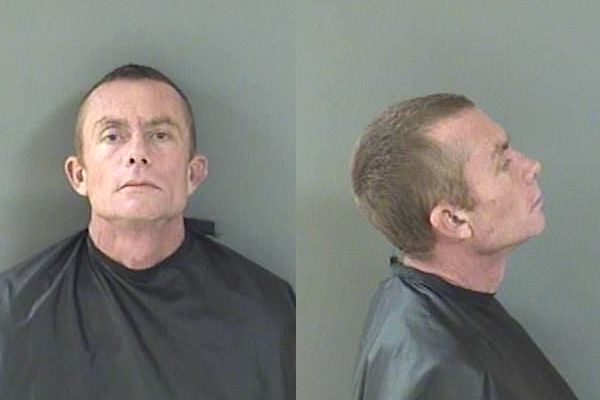 SEBASTIAN – At a time when there have been reports of increase auto burglaries, thefts, and criminal mischief, the Sebastian Police Department has made an arrest.

A Sebastian man was arrested Thursday at approximately 3:00 a.m. after a neighbor reported a suspicious person parking next to a wooded lot along the 400 block of Maple Street.

The subject was later identified as Shawn Joseph Brown. The caller stated they observed Brown attempting to open the doors of several parked vehicles on Maple Street.

As officers arrived, they spotted Brown standing next to a Volkswagon sedan at a home before “ducking down.” Police made contact with Brown, who was wearing a black shirt and grey shorts.

Brown, 43, told police he was walking to his girlfriend’s house on the next street to see her. Officers didn’t believe Brown’s story after making several attempts to locate his girlfriend at various residences.

Also, Brown lived at the 700 block of Schumann Drive in Sebastian, located in the southern end of the city.

While speaking with Brown, officers noticed a door open to the Volkswagen car. Next to the vehicle was a purple handbag and a small black bag lying on the ground. They made contact with the owner at the residence who said they didn’t know Brown.

“[The victim] looked in her vehicle. She noticed that it appeared to have been rummaged through, due to a box of business cards thrown along the back passenger floorboard,” the officer said. The victim said the purple handbag belonged to her but didn’t know where the black bag came from.

Police then drove around to see if other vehicles were broken into. They found a Chevy pickup on Maple Street that was rummaged through. The truck owner said he was missing $2.00 in quarters. Officers looked into the black bag found next to the Volkswagen and located the missing quarters.

Brown was arrested on two counts of Burglary and transported to the Indian River County Jail where bond was set at $11,000. Brown has since been released from jail after posting bail.

Sebastian weekend weather will be sunny with rip currents at Inlet