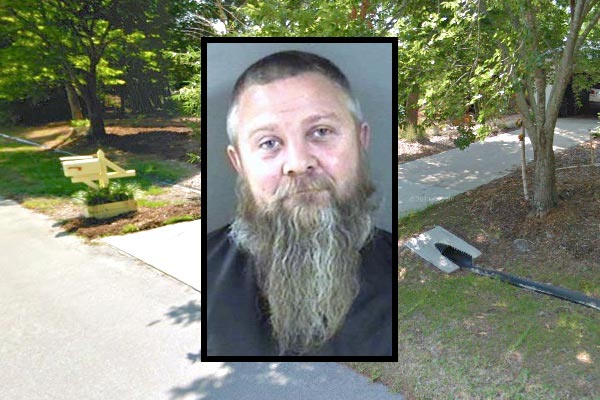 SEBASTIAN – A 44-year-old man was arrested by the Sebastian Police Department after urinating into his neighbor’s mailbox.

It all started with a noise complaint against David Bender when his neighbor called the police to report loud music. Officers asked Bender to keep the music down.

The victim then said he “witnessed David Bender walk out into the street and pulled his pants down and point his middle finger at him then urinate in his mailbox,” according to the signed police affidavit.

There are no other witnesses listed in the affidavit.

About 10 minutes later, the victim said Bender was acting strangely in the roadway using a pair of binoculars to look into the neighbor’s windows, the report said.

A few minutes after that, Bender smashed a homemade bamboo planter that was affixed to his mailbox in the roadway.

The neighbor told Sebastian Police that Bender’s actions were done in retaliation because he was asked to turn down the music, according to the report.

Officers made contact with Bender and they could see that his balance was unsteady. They also detected the odor of alcoholic beverages on his breath.

Bender was arrested and transported to the Indian River County Jail where he was charged with Criminal Mischief.