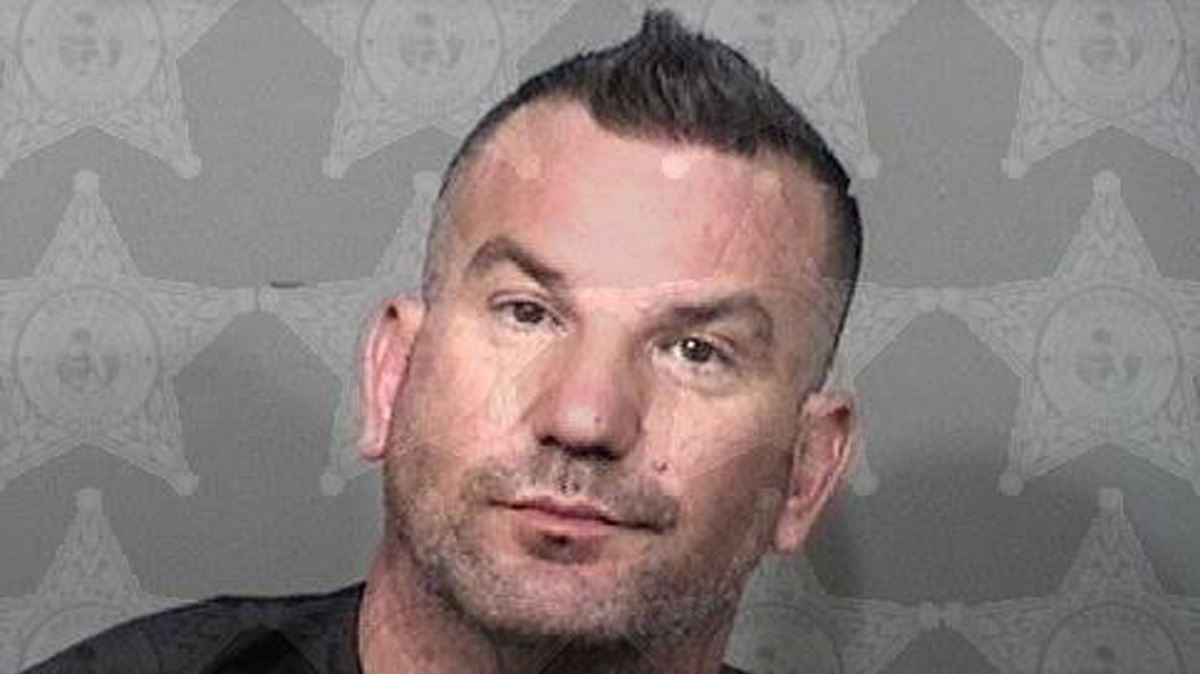 A man from Sebastian was arrested at the Four Points by Sheraton hotel in Cocoa Beach after trashing the room and throwing chicken wings at this girlfriend, police said.

On Sunday, Sept. 5, 2021, the Cocoa Beach Police Department received a call from hotel security at approximately 12:00 a.m. about a disturbance between two hotel guests.

According to the affidavit, a female from the room said that her boyfriend “destroyed the room.”

As officers arrived, they spotted a man on a bench, later identified as 46-year-old Jeffrey Lynn Misitano of Sebastian, say, “It’s me, I’m the guy.” When police questioned Misitano on what he meant, he refused to answer any questions.

The female victim told the police that Misitano came back to the hotel drunk and began calling her names before throwing things around the room.

“As he threw things around the room, he hit the victim with chicken wings and other food,” the officer said. Misitano also allegedly pushed “her face with his hands.”

The victim told the police that she was afraid but also stated Misitano is only like this when he drinks alcohol. The room was in disarray with food strewn and a broken lampshade.

Other hotel guests staying near the room called the front desk to report the sound of a disturbance going on in Misitano’s room.

Officers then spoke with Misitano to get his side of the story, but he declined and invoked the 5th Amendment.

Misitano was charged with Battery Domestic Violence and transported to the Brevard County Jail for processing.