Sebastian man says resisting arrest was like being on ‘Live PD’ 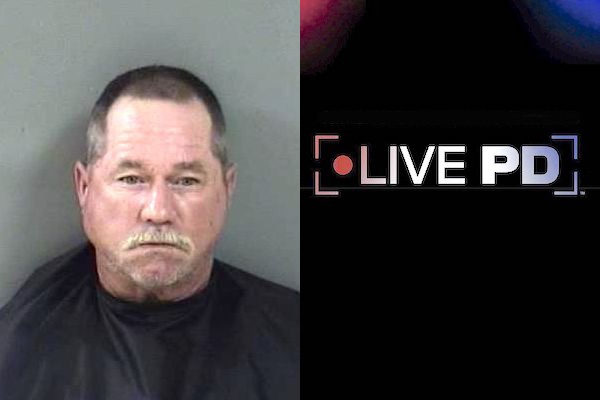 Man chased woman around with a golf club in Sebastian.

SEBASTIAN – A man who was arrested for disorderly conduct told the officer he enjoyed resisting because it was like being on the “Live PD” television show, according to the Sebastian Police Department.

On Wednesday at approximately 5:15 p.m., a witness called law enforcement to report a man chasing a woman around with a golf club at the 1200 block of Seahouse Street.

The caller then stated that the man left the home and was walking on Laconia Street.

Randolph Dana Grant was observed “screaming and “cussing” loudly in such a manner that several people walked out of their homes to watch him, according to the affidavit.

As officers approached Grant, he continued to walk north on Laconia Street while ignoring all commands to stop by law enforcement, the affidavit said.

“I gave Grant several commands to stop, but he refused and took a bladed stance towards me,” the officer said.

Police could smell a strong odor of an alcoholic beverage coming from Grant as he yelled, according to the report.

When officers tried to detain Grant, he struggled and pulled away from them. Eventually, he was placed into custody.

Grant told police that “he really enjoyed resisting, it was like being on Live PD,” according to Sebastian Police.

Grant was held on a $1,000 bond. He was released Thursday morning from the Indian River County Jail.