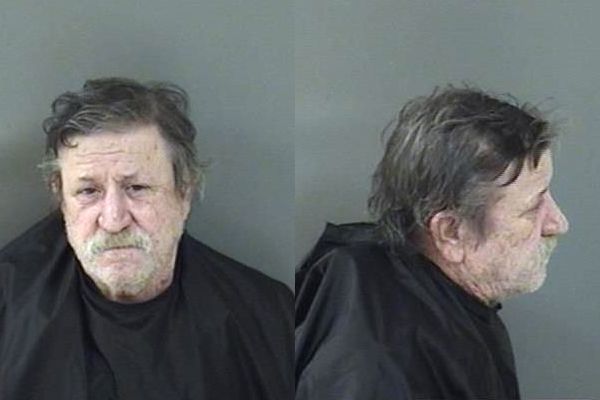 A dog died at Earl's Hideaway Lounge in Sebastian after the owner left the animal in a hot car while inside the bar.

SEBASTIAN – A 64-year-old man left his dog in a hot car while at Earl’s Hideaway Lounge and told patrons the animal was “old and going to die anyway.”

The incident occurred Thursday at approximately 3:50 p.m. when the Sebastian Police Department responded to a 911 call about a disturbance at Earl’s Hideaway. Upon arrival, they found Harold Newton Krages being escorted out of the bar.

“I made contact with the patrons who informed me that Krages was lying on the floor by the outer part of the bar and that the dog was brought to the restroom where it died shortly after,” the officer said.

Krages told police that he always “brings his dog in the car with him,” and that he had partially rolled down the windows before he went into Earl’s, the report said.

“I asked Krages if he left the vehicle running to which he replied he did not,” the officer said in the report.

EMS arrived on scene and began treating Krages for minor injuries he sustained when “he fell over while leaving the premises,” the affidavit said.

A witness said that while Krages was being escorted out of the bar due to a disturbance, he asked, “What about my dog?” Patrons asked what dog he was referring to, and he stated that he had a dog in his vehicle.

At that point, several patrons began to argue with Krages who responded by stating that the dog was old and was going to die anyway.

“The patrons then removed the dog from the vehicle and brought it over to the restroom where there was air conditioning,” police said. Animal Control responded to the scene and began their investigation.

A bartender at Earl’s told police that Krages arrived at approximately 12:15 p.m., making the time the dog was in the vehicle to be approximately three hours and thirty-nine minutes.

Krages was then transported via EMS to Sebastian River Medical Center due to a possible broken collarbone he sustained from a fall.

After medical clearance, Krages was placed under arrest for animal cruelty and transported to the Indian River County Jail. Bond set at $10,000.

Urgent From PETA: Cruel and Criminal to Leave Dogs in Hot Cars

Urgent From PETA: Cruel and Criminal to Leave Dogs in Hot Cars