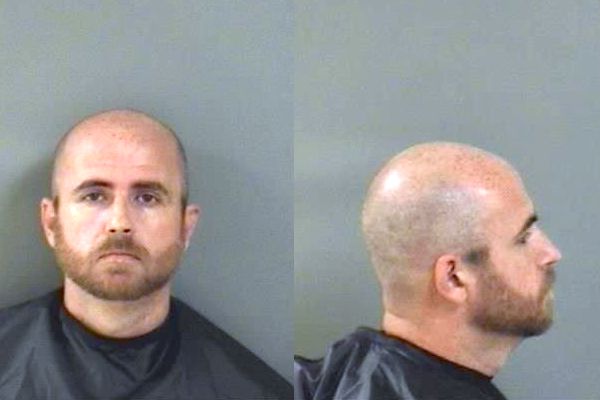 SEBASTIAN – A 32-year-old man is still in jail after kidnapping his girlfriend in the Sebastian Walmart parking lot last Thursday morning.

Sebastian Police was dispatched to Home Depot where a woman said she was kidnapped and zipped tied by her boyfriend at Walmart and forced into a vehicle. The victim said her boyfriend then damaged her vehicle and deflated the tires on it. The two then drove in his SUV to a park in Micco for a while and eventually ended up at Home Depot where she escaped.

Police found Edwards at Walmart standing by a vehicle with a dog on its leash. He said the two got into an argument that morning because he suspected she was cheating on him.

The girlfriend told police that Edwards instructed her to get out of her vehicle at Walmart. He then took out a razor knife and held it to her abdomen and threatened her. She cooperated with his demands and was zipped tied and forced into his SUV. They then went to a park in Micco where he calmed down. The two went to McDonald’s in Roseland for breakfast where she escaped and ran to Home Depot.

“While outside checking equipment, I heard some screaming from the sidewalk and saw a man hitting a young lady. She went down on the ground. When she got up, the man was fighting with her again, pulling a dog leash out of her hand and dragged the dog to the passenger side of his vehicle and threw it in the vehicle,” a Home Depot employee stated. The victim asked the employee to call the police.

Edwards told police they went to McDonald’s for breakfast after things calmed down from their argument, and he told her to walk back to Walmart. He said the dog escaped the vehicle and that’s why he put the animal back into the SUV.

“I asked about the deflated tires, and he denied involvement,” the officer said.

Police saw zip ties still attached to the door handle inside the SUV where the girlfriend was tied. A razor knife was located in the driver’s side of the vehicle.

Walmart provided police with surveillance video of the parking lot showing Edwards deflating the tires of on his girlfriend’s car.

Edwards was arrested and transported to the Indian River County Sheriff’s Office. He is still being held on a $53,000 bond.

Feeding the pelicans at Captain Hirams in Sebastian

Feeding the pelicans at Captain Hirams in Sebastian