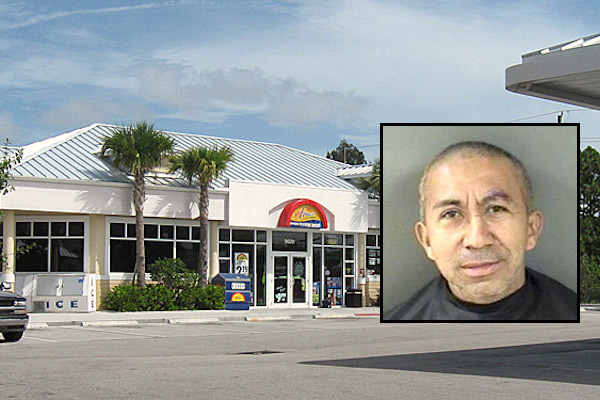 Man jumps up on counter at Sunoco in Sebastian.

SEBASTIAN – A Sebastian man was arrested after he allegedly jumped on the counter at the Sunoco gas station while yelling at the staff. The suspect was asked multiple times to leave before calling the police.

Deputies from the Indian River County Sheriff’s Office arrived to find the Jose Torres, 45, “jumping on the counter” and “hugging and touching staff.”

Torres was unable to sit on the curb of the store on his own while deputies questioned him. His “eyes kept opening and closing,” according to the report.

Torres was arrested and transported to the Indian River County Jail without incident. However, jail staff advised that he was too intoxicated to remain in the jail.

Deputies transported Torres to the Indian River Medical Center for evaluation. He was treated and released, then transported back to the jail.

Torres was booked on charges of misdemeanor disorderly intoxication.

Torres is the same individual who caused a public disturbance at the Publix in Sebastian last month.