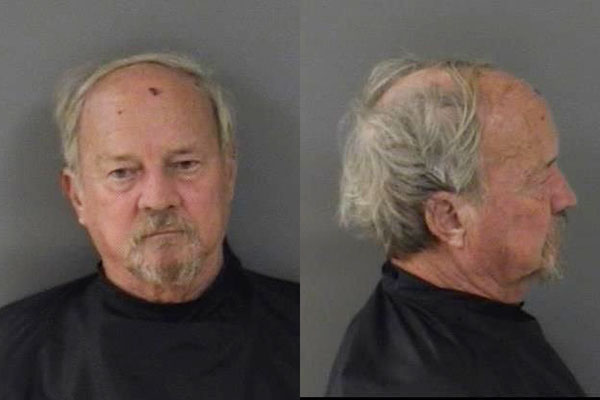 A man was arrested and charged with disorderly conduct Sunday at the Sebastian River Medical Center.

The Indian River County Sheriff’s Office said they received a call from the hospital at approximately 7:38 p.m. about an intoxicated man.

John Thomas Moore, 73, of Sebastian, was brought to the Sebastian River Medical Center by ambulance after falling while intoxicated.

Security followed Moore out to Roseland Road while keeping law enforcement informed of his actions per hospital policy. The security officer tried to keep Moore from being struck by traffic on multiple occasions, the report said.

As deputies were on their way, the security officer and a citizen kept Moore on the ground to keep him from harmful actions.

“Moore kept asking me if I was there to take him home. Moore would not speak with me in regards to the prior incident involving his intoxication,” the deputy said.

Moore’s blood-alcohol level was .238, according to hospital staff, the affidavit said. He was transported to the Indian River County Jail.

As of Tuesday afternoon, Moore was still being held on $500 bond.