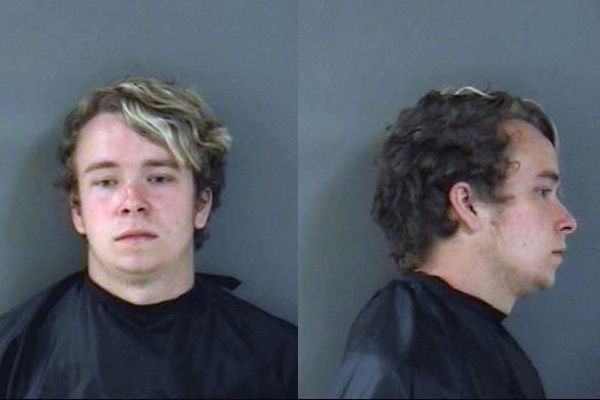 SEBASTIAN – A man who has been arrested multiple times in the last four months was arrested again on Wednesday for theft at the Sebastian Walmart.

Matthew Joseph Card, 20, was already out on bond for impersonating a police officer in February. In the past, Card was also arrested for Credit Card Fraud after buying a car using someone else’s American Express. He also used the same credit card to stay at the Pennwood Motor Lodge in Sebastian in January.

Card also had a recent warrant out for his arrest for using someone else’s identification, which was served Wednesday after he was caught stealing a cell phone at the Walmart in Sebastian.

Walmart staff said Card walked in and asked an employee for a pair of scissors. He then used the scissors and proceeded to cut the “spider wrap” off of the cell phone’s packaging. He then found a phone case and put both items in a bag.

According to video surveillance, Card is seen placing the phone and case into a bag and walking out of the store without paying for the items.

Card was transported to the Indian River County Jail where his bond was revoked.