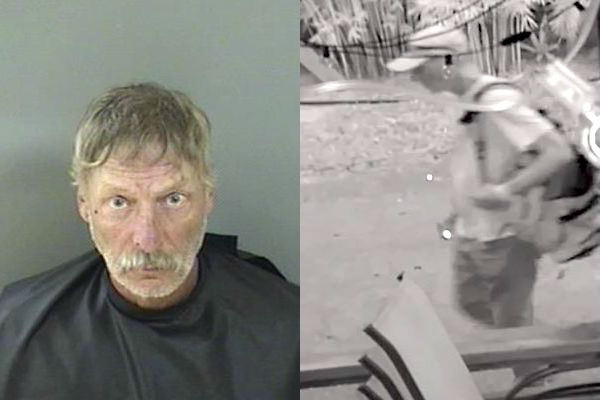 Security footage from the business indicated that the burglary was committed by a lone white male who was last seen leaving the area on a bicycle.

Detectives subsequently issued an “attempt to identify” bulletin to law enforcement personnel throughout the area and also provided the surveillance footage to the media.

Within a few days, The Kilted Mermaid burglary suspect was identified as Jeffrey Charles Hefner, age 56, of Vero Beach.

On Saturday, December 9, 2017, Hefner was arrested on outstanding arrest warrants for burglary of a structure and first-degree petit theft.

Hefner is currently incarcerated at the Indian River County Jail with bonds totaling $40,000.00.