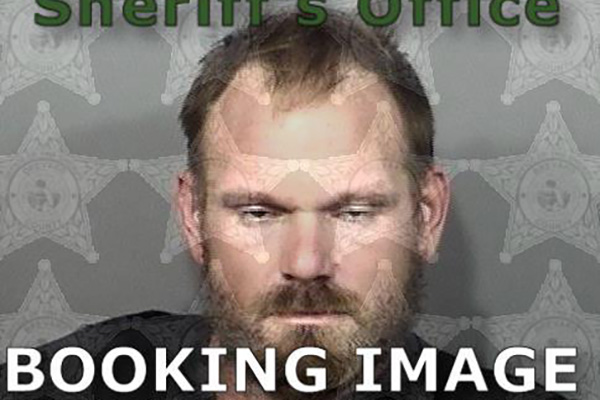 On Friday morning, deputies were called to a home in Micco, where a woman was staying with a friend.

The victim told the Brevard County Sheriff’s office that her boyfriend banged on the door and windows throughout the night.

A witness told deputies that 34-year-old David Richard Adams, of Micco, started banging on the door at approximately 9:30 p.m. Thursday, August 6th, and continued all night until the next morning on Friday, August 7th.

The victim did not want to speak with Adams and was told to leave numerous times throughout the night. She was in fear for her safety and the safety of her friends.

At around 7:53 a.m., Adams returned and broke the window of the front door to the home.

The victim also told deputies she was in fear of her life because Adams allegedly fired a gun off at her last November. According to jail records, Adams was charged on November 8, 2019, with carrying a concealed firearm, controlled substance without a prescription, and tampering with physical evidence.

Deputies made contact with Adams and did admit to going back to the residence on several occasions throughout the night. He also admitted to shooting a firearm last November but said the gun went off accidentally while he was cleaning it.

Based on the broken window and the continued knocking through the night, deputies took Adams into custody and transported him to the Brevard County Jail, where his bond was set at $29,000.