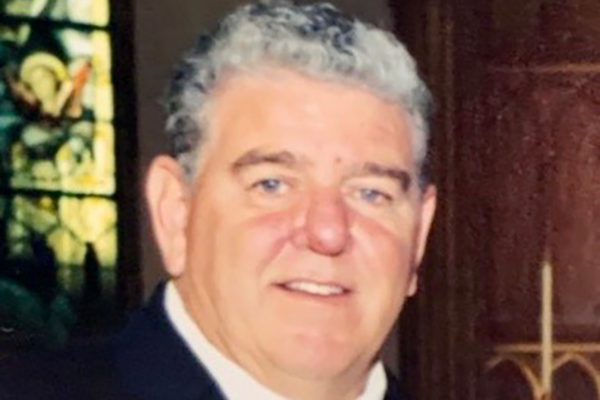 James E. Hayes, 77, of Barefoot Bay, Florida, died peacefully in his home Tuesday, July 14th, during his battle with cancer.

He was born in Boston, MA on March 4, 1943, and grew up in Charlestown, MA. He was one of four children born to Edmund and Catherine Garrigan Hayes.

He attended Charlestown High School, received a GED certificate from the United States Air Force and obtained credits for a number of college courses.

He served in the Naval Reserves and was a Vietnam era veteran of the Air Force.

In his earlier years, he was a swimming medalist at the Charlestown Boys Club and later swam competitively for the Air Force competing in Tripoli, Libya.

Jim worked for the U.S. Postal Service as a carrier in Boston and then in Adams MA before joining the North Adams Fire Department, serving from 1974 until his retirement in 1995. He served as the president of Local #1781 of the International Association of Fire Fighters for many years.

Golf was another interest and he never turned down a chance to travel with his North Adams buddies to famous courses along the east coast.

His greatest love and interest was in everything Irish. He traveled to Ireland nearly 20 times, sometimes with his wife Sue and sometimes with his friend JP (Jackie O’Neil). He could name the best pubs with music, in nearly all of western Ireland and never hesitated to join in singing along.

At home, during his last months, he listened and sang along to Irish music and watched countless videos of Ireland.

Jim is survived by his son Glenn and his wife, Ann and grandson, Garrison, of Warwick, RI and his former wife, Carol Williams Hayes of North Adams, MA. He was predeceased by his wife Susan Rector Hayes and son Brendan, sisters Elizabeth Porter, Madeline Barker and brother William. He leaves many nieces and nephews.

A Liturgy of Christian Burial for James E. Hayes will be celebrated Thursday, August 13, 2020, at 10AM at St. Elizabeth of Hungary Church in North Adams, MA. Burial will follow with military honors in the Massachusetts Veterans’ Memorial Cemetery in Agawam, MA. 1390 Main St. Agawam, MA at 2 PM.

A calling hour will take place Thursday, August 13, 2020, from 9-10 AM at the Flynn & Dagnoli Funeral Home, CENTRAL CHAPELS, 74 Marshall St. North Adams, MA. In lieu of flowers, please consider donations made to:

To add to the Book of Memories, please visit Flynn & Dagnoli Funderal Homes.