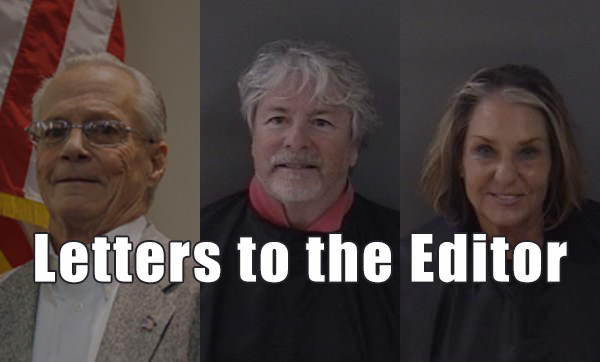 I feel like I’m taking crazy pills! I moved to Sebastian from Whitefish, Montana in 2012 and have always found it to be a pleasant, quiet, beautiful place to live.

As I sit back and watch the circus that is the Town Hall Bunch and their reprehensible behavior, I find myself in a constant state of disbelief. Never in my 57 years on this planet have I seen a more incompetent and sophomoric group of children in government – locally or nationally.

The smug looks, the grotesque show of unprofessionalism, and the outright disrespect for their fellow council members, the mayor, and the public at-large, coming from Damien Gilliams and Pamela Parris is so off-putting that is almost seems staged.

We have had enough of this bizarre and irrational behavior coming from the Mayors and Governors of strife-laden cities and states across the U.S. We certainly don’t need it in our little hamlet of Sebastian.

I can only imagine how much all of these time-wasting legal shenanigans are going to ultimately cost the taxpayers of Sebastian. What a waste of time, energy, and precious resources.

Vote the bums out on September 9th and let’s learn to better vet our council members in the future. Enough is enough.

In his lawsuit filed on Friday, Damien Gilliams is accusing the recall group of “fraud and deceit.” It’s all a smokescreen! Damien is good at making up stories. Yes, I read the injunction and it’s all a bunch of horsesh*t. Just one final attempt to embarrass our city.

Both Gilliams and his attorney wrote this injunction in a hurry. Probably using crayons. It won’t stick. This lawsuit has no merit and will be deemed inappropriate and dismissed!

Gilliams is the deceitful one. For example, he shared his lawsuit documents on social media by changing the name to “Verified Complaint” as if that means something. It does not. It’s him being deceitful again just like the long list of fake endorsements he has on his campaign website.

The people have spoken.

Thank you Sebastian Daily for your honesty and professionalism. Damien might call you a blog, but we the citizens call you our local newspaper. You are trusted. Your credibility will never be tarnished by Damien.

I believe we the residence of Sebastian have a great gift in our hands, it is the “Sebastian Daily.”

Before you it was like living in a black hole, information and news was slanted and not even reported. We are in the sunshine now, I also feel that the City Council story has given those folks who don’t vote a Heads-Up.

At least the proof that voting is a key to our freedom. Then again I hear the young folks tell me that all politicians are crooks.

As a veteran of Vietnam I know first hand how a people that lived in a jungle, sleeping in grass huts on a dirt floor with doom gloom. They had no means of support, no medical help, no supermarket, no internet, no rights at all, no hope of a better life. Then comes the cry babies that want the government to have leaders that are honest. It does not work that way.

We the people, all the people, have to watch over these officials. That is what we the citizens of Sebastian did.

Thanks to all of the people who signed the recall.