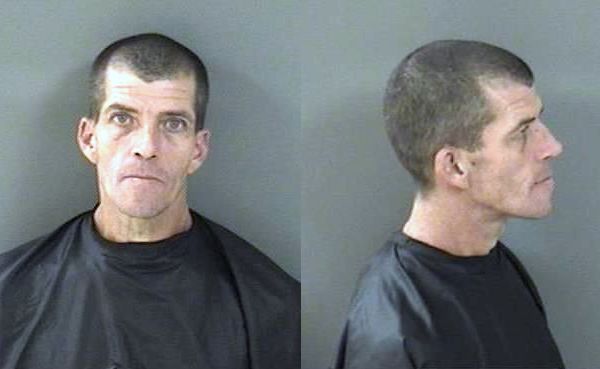 SEBASTIAN – When someone gets caught stealing from the Walmart in Sebastian, they come up with all sorts of excuses to get out of it.

Anthony Frank Nappo, 45, asked the police to call his mother after a loss prevention officer caught him stealing inside the Walmart store at 2001 U.S. Highway 1 in Sebastian.

The loss prevention officer told police that he observed Nappo selecting items from the shelves and then placing them into a gray metal shopping cart, then bagged them using the Walmart brand plastic bags.

Nappo then walked around the store before exiting through the large double doors where he was met with police. The store called police while they observed him bagging the merchandise on video surveillance.

Nappo told police that he took the merchandise outside because he had to pick up his mother who was going to come back and pay for the items.

“He stated his mother would be able to verify these statements,” the officer said.

When Nappo said they could call his mother, they did so and found out a different story.

“Upon speaking with his mother, she stated to me that her son texted her ‘I just got caught stealing from Walmart,'” the officer said.

Nappo then became nervous and was arrested on a charge of Retail Theft and booked into the Indian River County Jail.