Man upset over no meat at Chipotle in Vero Beach 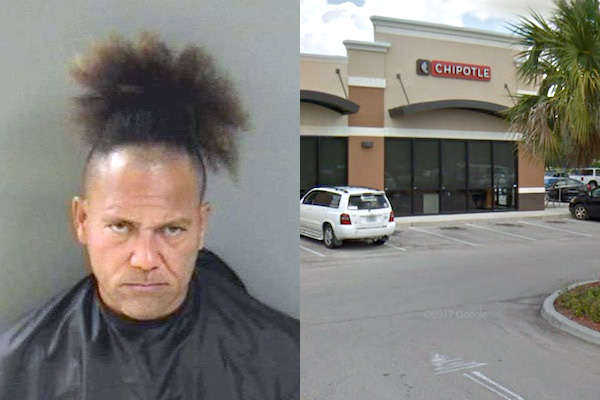 A man causes a disturbance at Chipotle in Vero Beach, Florida.

VERO BEACH – A man who received a free plate of free rice and beans at Chipotle Mexican Grill in Vero Beach became angry when there was no meat included, according to the Indian River County Sheriff’s Office.

Christopher James Strong, 44, walked into Chipotle in Vero Beach and told the manager that he closed a trunk to a vehicle that he found open. He asked the manager if he could get some free food for his “good deed.”

In return, Strong received a plate of rice and beans. Strong became angry and caused a scene with the manager for not giving him meat on his plate, reports show.

After causing the disturbance, Strong exited Chipotle, and the manager called law enforcement, the report said.

Deputies located Strong in the parking lot, and he stated he was upset because he wanted “beans and rice with meat and the manager wouldn’t give him any meat,” the affidavit said.

“While speaking with the subject, I smelled a strong odor of alcohol emitting from his breath,” the deputy said.

Strong was arrested for Disorderly Intoxication and is currently being held at the Indian River County Jail on a $500 bond.

Stealing From Walmart Self-Checkout Is Not Smart

Stealing From Walmart Self-Checkout Is Not Smart