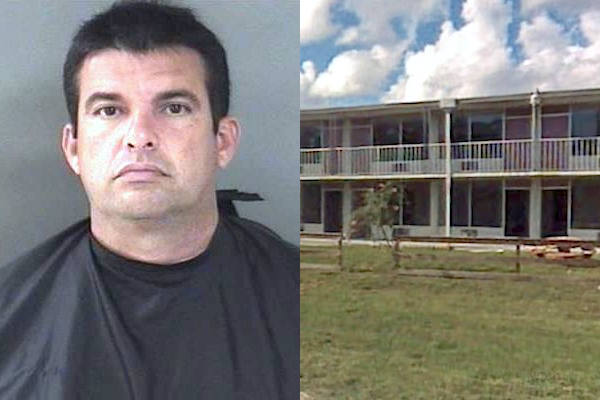 Zacharriah John Zimmer was released from jail on Dec. 5 in Vero Beach after completing a sentence for a probation violation.

VERO BEACH – The owner of the Motel 6 in Vero Beach called law enforcement when a guest told him he wasn’t paying for his room, according to the Indian River County Sheriff’s Office.

Zacharriah John Zimmer, 42, was arrested and charged for Defrauding the Innkeeper in Vero Beach when he didn’t have the money to pay for his stay.

On Tuesday at approximately 11:45 a.m., deputies made contact with Zimmer at Motel 6 located at 8800 20th Street in Vero Beach. They asked Zimmer if he had any to pay for his one night stay of $64.92.

“He stated no. he said he booked the room through hotels.com and he had a receipt through them,” the deputy said.

The deputy asked Zimmer to show him the receipt, which was only a confirmation email. On the email in a bold green font, it stated Zimmer was to pay Motel 6 $64.92 upon checking in.

But then Zimmer said they were to credit him $50.00 towards his stay. So, the deputy asked if that was the case, does he have $14.62 to pay the difference in the bill. Zimmer said he did not have any funds to cover the bill.

Zimmer was transported to the Indian River County Jail.

According to jail records, Zimmer was released from jail on Dec. 5 after completing a sentence for a probation violation.

Sebastian man admits marijuana is his: “You bet it is! I’m from Mass. and that’s my medicine!”

Sebastian man admits marijuana is his: "You bet it is! I'm from Mass. and that's my medicine!"