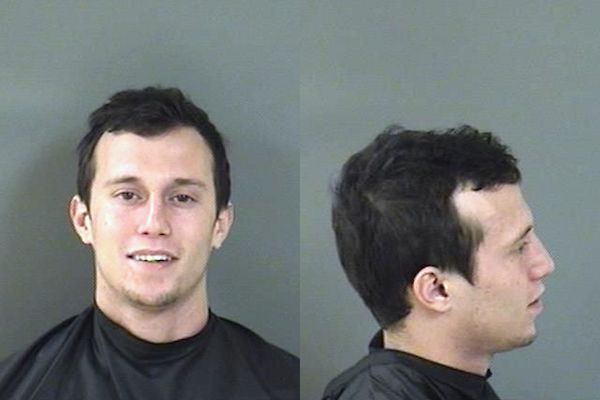 Police find man hiding from police after running a stop sign in Sebastian.

SEBASTIAN – On Wednesday, at approximately 1:35 a.m., the Sebastian Police Department was patrolling the area of Cownie Road when a Chevrolet pickup truck sped through the intersection of Belfast Terrace and Dewitt Lane without stopping at the stop sign.

As the truck continued to speed away, the officer followed the vehicle to a house located in the 600 block of Breakwater Terrace. The driver of the truck then hid behind another vehicle in the driveway, according to the report.

Kyle Richard Zoll, 23, was later identified as the driver as he tried to conceal himself from police.

“Kyle advised that he did not live at the residence and stated he was walking down in the street,” the officer said.

Police then made contact with the homeowner who advised he knew Kyle but wasn’t expecting him to be at his house this hour. He also said he hasn’t spoken to Kyle in over a week.

The homeowner could not provide any reason of why Kyle would be there, but he hopes he will return to move his vehicle since it was blocking his work truck in the driveway.

Police reviewed security footage taken from a camera near the driveway which shows Kyle pulling into the driveway and hiding behind the homeowner’s work truck.

After running Kyle’s license, officers found out his license has been suspended/revoked on several occasions, the last suspension being April 7, 2015.

Kyle Zoll was arrested and charged with Driving on a Suspended License, Loitering or Prowling, and Resisting Arrest. He posted bond this morning at 10:12 a.m. and was released from jail.