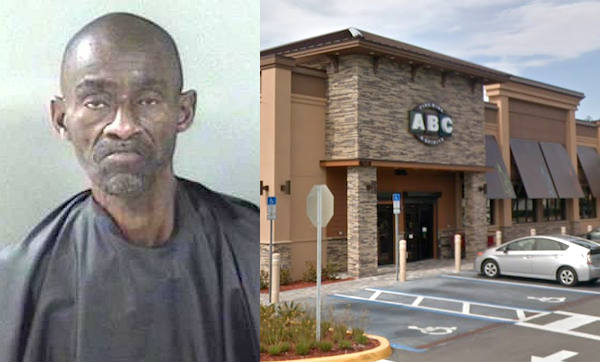 A Vero Beach man was arrested after harassing people at Miracle Mile Plaza.

VERO BEACH – A 61-year-old man told police he hadn’t smoked crack in a day after the ABC Fine Wine & Spirits called them for harassing customers for money, according to the Vero Beach Police Department.

On Wednesday at approximately 1:45 p.m., Jowel Moes Scott was using a walker while asking people for money in the store. The employees called the police when Scott began harassing their customers.

Scott left the scene after officers arrived, but was soon located sitting on a bench in front of the Dunkin Donuts in Miracle Mile Plaza.

Officers recognized Scott from previous law enforcement encounters, the arrest affidavit said. Scott told Vero Beach police that he had not smoked crack in a day.

Scott was detained and asked officers to bring his walker with them if he was going to jail.

During a search of the walker, the storage compartment contained copper color wiring that is used as a chore boy as a filter for when crack cocaine is inhaled.

Also found in the compartment was a glass pipe with burnt residue with multiple rubber bands.

Scott was arrested for trespassing and drug paraphernalia and transported to the Indian River County Jail.