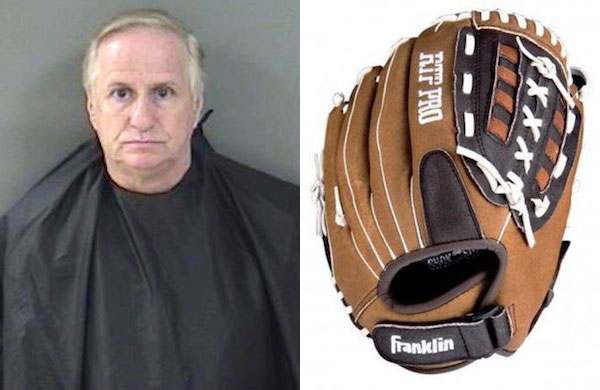 SEBASTIAN – An asset protection officer at Walmart called law enforcement to report a man stealing baseball gloves from the store, according to the Sebastian Police Department.

John Anthony Goskowski, 59, was seen walking out of the Sebastian Walmart with the gloves on video surveillance. He was seen taking baseball gloves on seven different occasions.

“The suspect would park on the north side of the store between the hours of 8:30 a.m. and noon. He would steal two to three baseball gloves at a time by not scanning them at the self-checkout,” the officer said.

On Thursday, police found Goskowski’s white BMW parked on the north side of the store and watched him exit the vehicle. He was stopped by police and asked about the gloves.

Goskowski admitted to stealing 20 baseball gloves from the Walmart store in Sebastian and the one in Vero Beach. He would then take the gloves and sell them to a store for 30 percent of their value, which was about $9 per glove.

Goskowski was arrested and charged with Petit Theft. As of Friday afternoon, he was still in the Indian River County Jail on a $3,000 bond.

Sebastian Bones Found Alongside "Other Items Of Concern"