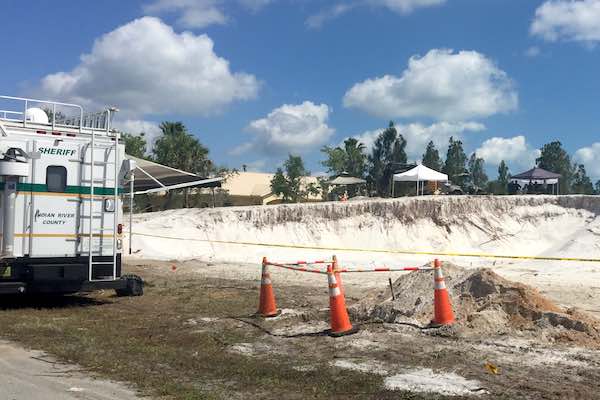 SEBASTIAN – The human bones and remains found near U.S. 1 in Sebastian were found alongside with “other items of concern,” according to the Sebastian Police Department.

Investigators determined the human bones were not fresh, but they could be connected to an older homicide case.

The bones found were in a vacant lot next to the cemetery on U.S. Highway 1. Indian River County Crime Scene units spent three days collecting the remains and other items for evidence.

Although we don’t know what kind of bones were discovered, Maj. Eric Flowers of the Indian River County Sheriff’s Office said the fragments were human remains and a skull.

The bones remain under investigation by the medical examiner’s office. They are working to determine the identity of the person.

Dan Acosta, spokesman for the Sebastian Police Department, said the bones could be sent to an anthropologist for further analysis.

Acosta said the remains were found Sunday evening by a man using a metal detector along U.S. 1.