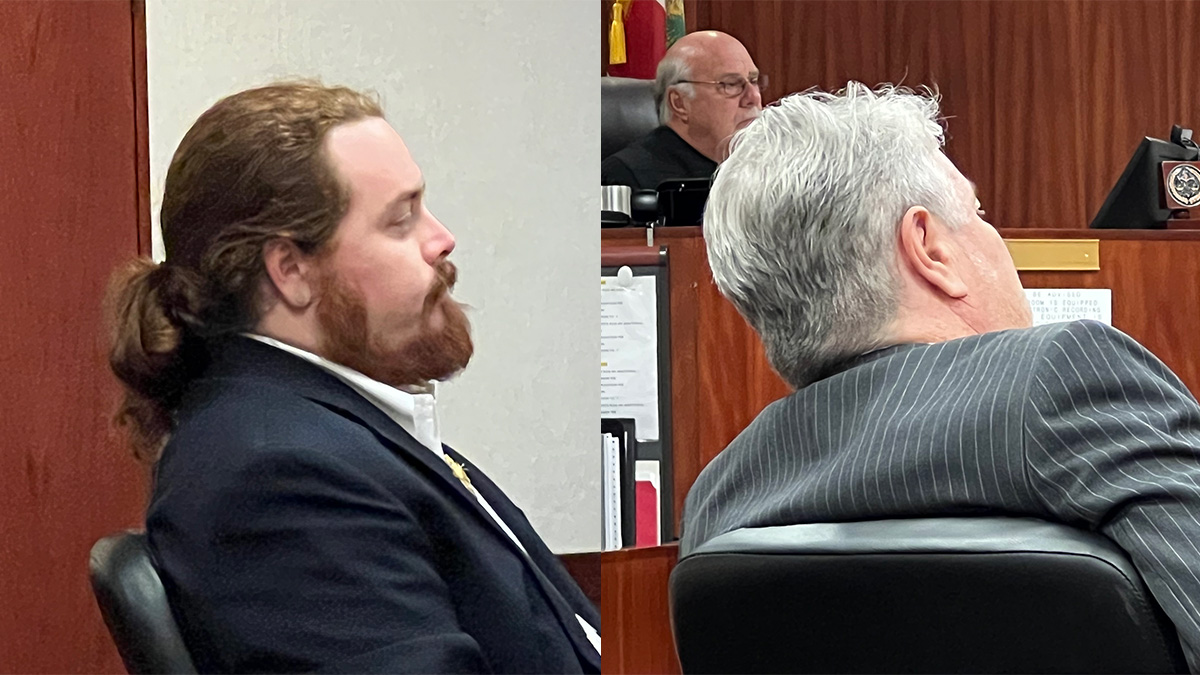 Damien Herman Gilliams, 61, and his son, Damien Lee Fey Gilliams, 29, were found not guilty on charges of filing a false police report by a jury of 4 women and 2 men at the Indian River County Courthouse.

The jury deliberated for approximately an hour and a half before handing down the verdict.

During the 2-day trial, Gilliams and his son accused Sebastian Mayor Jim Hill of battery for “bumping” shoulders with Fey Gilliams during a break in the trial of the State vs. Damien Herman Gilliams, which included perjury charges and violating the Sunshine Law.

What does the video evidence show?

The video shows the then Vice Mayor walking into an area of the courthouse where the Gilliams family was seated with Jeffrey H. Garland, P.A., Damien Herman Gilliams’ attorney at that trial. When he turned to walk away from the situation, the Gilliams’ claim he aggressively bumped into Damien Lee Fey Gilliams.

Hill claims that walking into the area they were in was unintentional and that he was only returning to his seat before the lunch break. But when doing so, he realized too late that the Gilliams family was occupying the area.

Additionally, Hill stated it was an awkward moment for all of them and said, “what’s up” before turning around and sitting elsewhere.

Hill disputes the allegation that he bumped the 29-year-old and said no contact was made with him.

The Vero Beach Police Department and the Indian River County Sheriff’s Office reviewed security video from the courthouse and said no battery had taken place.