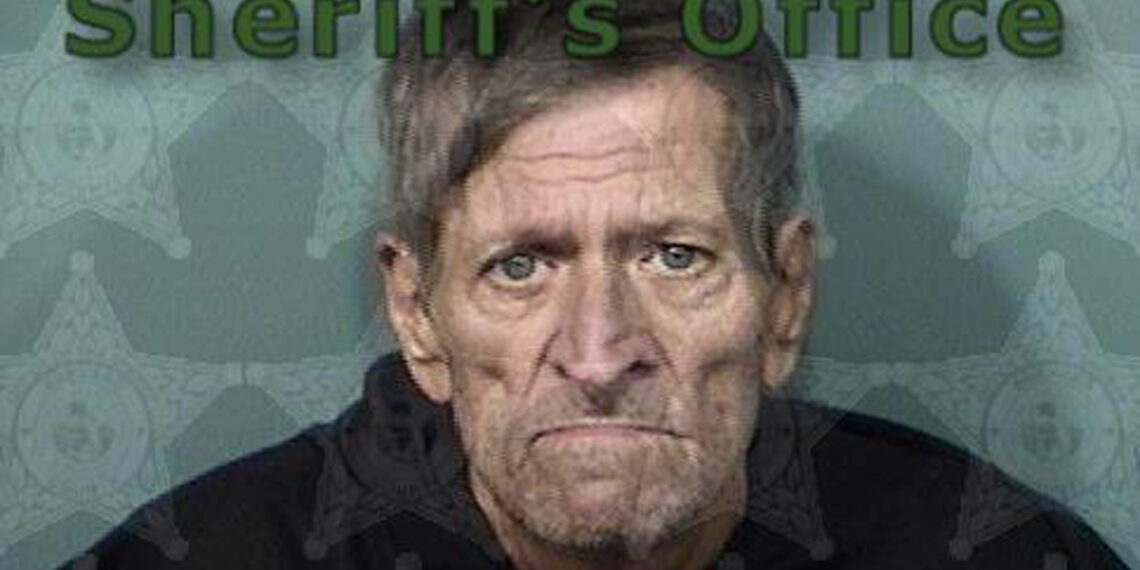 A Barefoot Bay man was arrested Friday evening in front of the Micco Liquor Store on charges of DUI and for having an open container in his vehicle in Florida.

According to the Brevard County Sheriff’s Office, deputies responded to the location after receiving calls from citizens about an intoxicated man yelling at people through the window of a Ford SUV.

Upon arrival, deputies identified the man as 71-year-old Robert Theron Sieber of Barefoot Bay, sitting in the vehicle with the engine running in front of the liquor store.

According to the affidavit, deputies immediately smelled the odor of an alcoholic beverage emitting from his breath as he spoke. Sieber cooperated with law enforcement and performed standardized field sobriety exercises to determine if he was safe to drive.

However, he didn’t perform the exercises to standard and was arrested for DUI.

Sieber admitted to drinking vodka since 11:00 a.m., approximately for 9 hours. Deputies also found a 375ml bottle of vodka in his SUV.

He provided two breath samples that read 0.193 and 0.192, approximately 2 1/2 times the legal limit. Sieber was transported to the Brevard County Jail for processing.

About two months ago, Siebert was arrested after threatening to kill his roommate in Barefoot Bay. The roommate had notified law enforcement after receiving threatening texts and a picture of a knife with the caption, “waiting for you,” according to the affidavit.

Deputies said Sieber placed blades strategically throughout the home, and in one text, he told the roommate she would be “dead by my hand.”

Sieber admitted to sending the text messages because the roommate ruined owed him money and drove away the woman he loves.

“He also admitted to placing knives around the house in case she returned,” the deputy said.