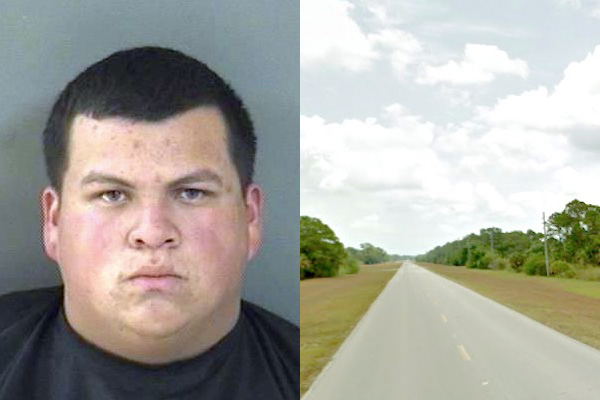 Vero Beach man seen texting and driving without a driver's license in Fellsmere.

A Fellsmere man was stopped Thursday night after police saw him looking at the display screen of his cell phone for approximately 5 blocks.

An officer with the Fellsmere Police Department said Roberto Ortega, 19, never looked upwards at the roadway while viewing his cell phone on Willow Street. He was also traveling 40 mph in a posted 30 mph zone, which was he was stopped.

Ortega made a turn onto CR 512 in Sebastian and was weaving left and right within his lane. The officer conducted a traffic stop.

Ortega told the officer that he did not know his speed “because he was on his cell phone,” according to the Indian River County Sheriff’s report.

A check verified that Ortega was never issued a driver’s license.

Ortega told the officer that he failed the written examination on the driver’s test several times. He said that he was distracted by some text messages and that he was “neither aware nor paying attention to his surroundings,” the report said.

Ortega was arrested and transported to the Indian River County Sheriff’s Office where he was charged with driving without a driver’s license.