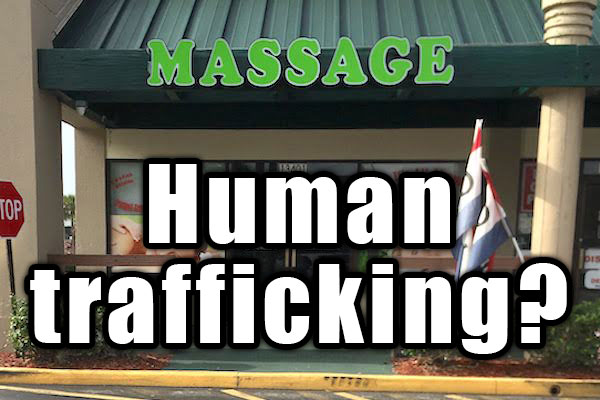 SEBASTIAN – There have been over 150 arrests of men charged with soliciting prostitution at various massage spas in Sebastian and Vero Beach.

Police recently told Sebastian Daily that many of the women working at the massage parlors were victims of human trafficking and Stockholm syndrome.

However, defense attorneys are arguing on whether the girls were part of a human trafficking sting. Most of their clients will enter pleas of not guilty in the prostitution arrests that started almost three weeks ago.

Metcalf said he has reviewed no evidence and has seen no reference to real evidence that would genuinely support the claims of “human trafficking” from local law enforcement.

Defense attorneys argue that there have been accusations made against multiple men resulting in their arrests who were 100% innocent. In doing so, local law enforcement has exposed itself and the taxpayers to costly lawsuits. This is not just an argument made by defense attorneys. There is at least one man in Indian River County where charges were dropped because he was misidentified by law enforcement.

Metcalf said that law enforcement had chosen to sit and watch video feeds of sex acts for over two months and made no efforts to stop the operation of these spas all in the pursuit of misdemeanor arrests salacious enough to make this a news story.

“They would have known the operators very quickly into this investigation and could have shut this all down within a matter of days, but they chose to let it go on and on,” Metcalf explained.

“Instead of shutting this down immediately, they watched on video monitors. If these women were victims of trafficking like they say, how could they sit by and do nothing? Of course, law enforcement knows these women were not victims.”

There is also the belief that the Sheriff’s Office and city police have gone to extraordinary lengths to embarrass and humiliate the accused in these cases before they have had any chance to defend themselves.

“Law enforcement has tried to link those charged with misdemeanors to something far more insidious. What they should have done is their job, which is to protect and serve. They should have shut these down immediately instead of making our city a national news story by making wild and baseless accusations of human trafficking,” Metcalf said.

Also, many defense attorneys say law enforcement can’t have it both ways, either this was just simple prostitution or this was human trafficking and they completely dropped the ball.

Law enforcement did acknowledge that these women (or victims) had cell phones and used text messaging. They were seen by law enforcement out in public, shopping and moving from community to community.

However, where is the direct evidence of human trafficking?

“Using witnesses who were first arrested and charged with crimes and then offered immunity if they tell the police what they need to hear to sustain their narrative is not direct evidence,” Metcalf added.

Law enforcement had almost six months to make their case for human trafficking. Now, defense attorneys want to see what they had accomplished. If their goal was to shut these massage spas down than perhaps they should have done it quickly.

The Sheriff’s Office has also stated that the women suffered from Stockholm Syndrome and there was no way to help them.

“I don’t think a public relations officer with the Sheriff’s Office is qualified to diagnose these women, especially when his agency hasn’t spoken to any of them and now don’t even know where they are,” Metcalf said.

As these cases move forward in the courts, Metcalf and other defense attorneys will be reviewing the evidence and procedures employed by law enforcement.

In a press conference last month, Sheriff Deryl Loar said that each spa most likely grossed over $1 million a year in the massage prostitution ring.