Why did Sebastian and Vero Beach police wait 6 months in massage spa sting? 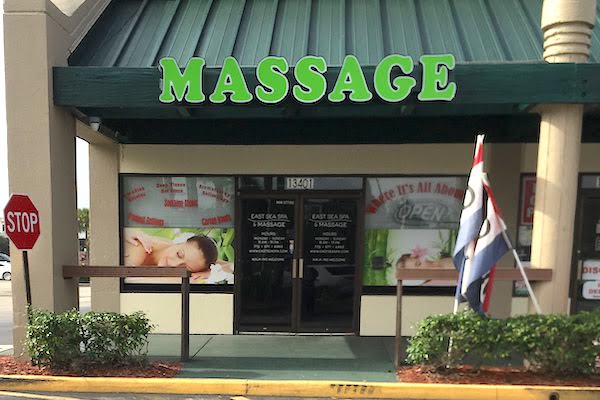 SEBASTIAN – Everywhere you go in Sebastian, people are still talking about the prostitution busts at various massage parlors and spas. There have been several arrests involving locals on charges of soliciting prostitution.

Some of the arrestees and their defense attorneys have raised many questions about the prostitution sting. Such as:

For some answers, we reached out to Indian River County Sheriff’s spokesman Maj. Eric Flowers.

“They were being forced into prostitution for sure. If we kicked in the door the first day, we have no evidence of anything. Victims of human trafficking rarely ever speak up. We wouldn’t have info on how the organizations work, who is involved, etc. It is our job to get good evidence to make a case,” Flowers told Sebastian Daily.

Flowers said that knowing that they knew, it took hours of interviews with the women before they would admit (for those that even did) that they were victims of human trafficking.

“If you read up on human trafficking, you will see that it’s similar to Stockholm syndrome. The victims believe their captors are the only ones who will care for them. It’s not just physical abuse but also mental,” said Flowers.

“I believe every woman involved is a victim of human trafficking. Unfortunately, as they move up in the organization, they get more responsibility and cause others to become victims which is why they were charged. At some point, even the women running it were once victims of human trafficking themselves,” Flowers added.

Stockholm syndrome happens when victims are placed in a situation where they “feel intense fear of physical harm and believe all control is in the hands of their tormentor,” according to ThoughtCo.com.

“The psychological response follows after a period of time and is a survival strategy for the victims. It includes sympathy and support for their captor’s plight and may even manifest in negative feelings toward officers who are trying to help the victims,” said Charles Montaldo, a former licensed private detective who worked with law enforcement and insurance firms investigating crime and fraud.

What’s clear is when people exhibit Stockholm syndrome, they become protective of their captors, even to the point of foiling the police efforts at their rescue.

The name “Stockholm syndrome” was derived from a 1973 bank robbery (Kreditbanken) in Stockholm, Sweden, where four hostages were held for six days. During their imprisonment and while in harm’s way, each hostage seemed to defend the actions of the robbers.

For this reason, law enforcement collected evidence instead of breaking down the doors at the massage spas. Most of the women being held captive in the human and sex trafficking ring did not cooperate with law enforcement. However, in the end, law enforcement got the evidence they needed to charge their captors.

There are a lot of famous cases that involve Stockholm syndrome that include Patty Hearst, Jaycee Lee Dugard, Natascha Kampusch, and Elizabeth Smart.

Also going around town is the rumor that the billionaires don’t have to turn themselves in or get their mugshots taken. Robert Kraft and billionaire investor John W. Childs are part of these rumors.

“John Childs will have to be booked. He hasn’t been arrested on his warrant yet,” said Flowers. “Kraft got a summons because Jupiter is in a different judicial circuit and they chose to issue a summons rather than a warrant. That’s a state attorney decision,” Flowers added.