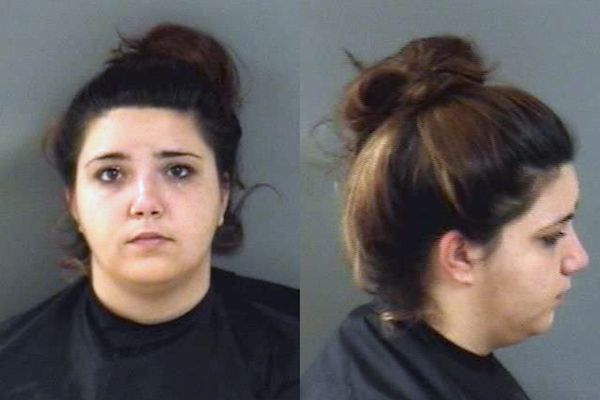 VERO BEACH – A former Chevron employee in Vero Beach thought it was okay to steal merchandise. The worker thought the stolen items would come out of her paycheck.

The manager of the Chevron gas station, located at 9497 108th Avenue in Vero Beach, noticed something unusual in the store. When there was a discrepancy, he reviewed in-store video surveillance and found one of his employee’s stealing, according to the report.

Krystal Rose Gangi, 18, was arrested Sunday night on a charge of retail theft after speaking with police. The total amount stolen was over $150.00.

Some of the items were:

Gangi can be seen eating and drinking the items without paying for them over a three week period.

The merchandise included food, beverages, and small amounts of cash taken from the register. Gangi told police that she “stole to feed” her alleged drug addiction, the arrest affidavit said.

Vero Beach police showed the video to Gangi where she scanned the items first, then voided them on the register. She told police that she didn’t have permission, but was hoping the items were deducted from her paycheck, the affidavit said.

“Krystal began to state that she thought it was ok to take the cigarettes and that she would have it taken out of her paycheck,” the officer said.

Gangi was taken to the Indian River County Jail where her bail set at $500. She has since been released.

Look out and slow down for manatees

Look out and slow down for manatees