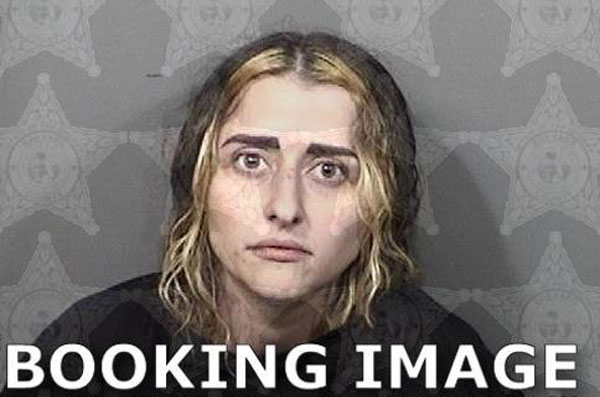 On Wednesday, February 2, 2022, a Barefoot Bay woman was charged with two counts of child neglect, DUI, and driving while her driver’s license was suspended.

According to the Brevard County Sheriff’s Office, a deputy observed a vehicle blocking the intersection of Barefoot Boulevard in Micco.

“Upon approaching the vehicle, I observed a white female, later identified as Brittany Ziegler, asleep in the driver’s seat. I also observed the vehicle to be running and transmission in drive,” the deputy said.

The deputy also observed two small children without seatbelts in the vehicle. When Ziegler woke up, she submitted to standardized field sobriety exercises. Ziegler submitted to a breath test, which showed that she did not have alcohol in her system.

“Based on my observations during her performance of these exercises, I determined Ms. Ziegler to be under the influence of drugs or alcohol,” the deputy said.

Ziegler, 26, submitted to further investigatory exercises by a drug recognition expert. Upon completion, the deputy determined that she was under the influence of a controlled substance.

Ziegler was transported to the Brevard County Jail, where her bond was set at $5,000. While at the jail, she submitted to a urine test.

There’s no further information about the children.