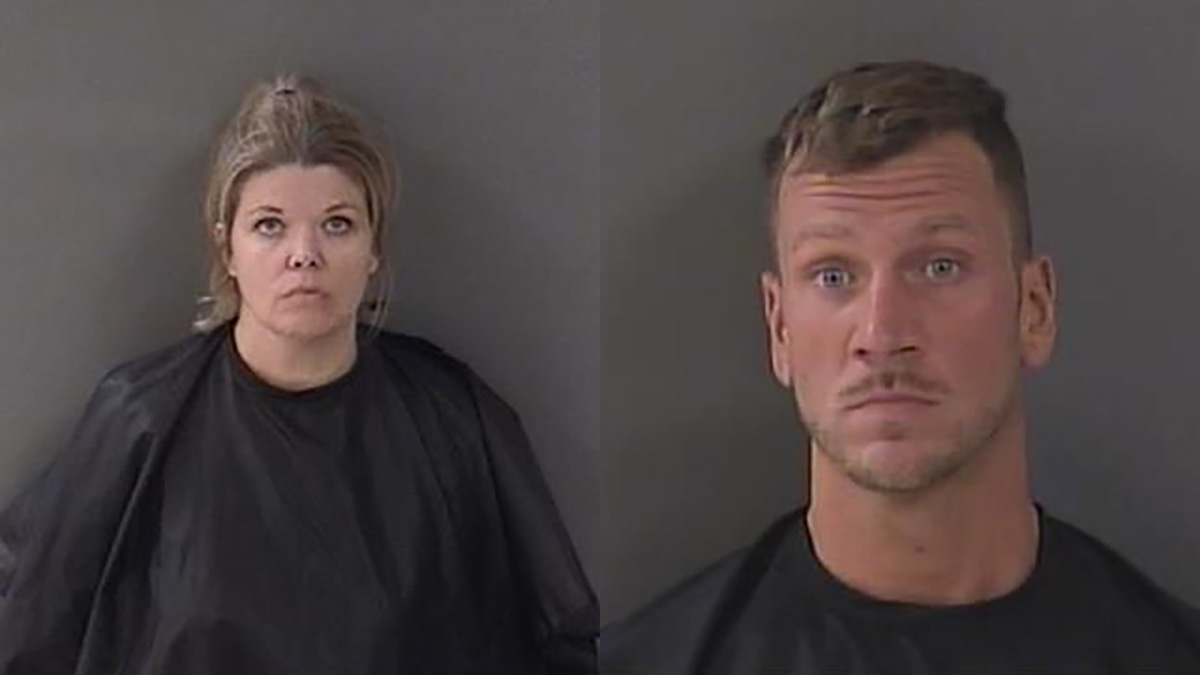 On Sunday, two patrons were arrested after throwing a beer bottle and ashtray at a bartender inside Earl’s Hideaway Lounge in Sebastian.

The patrons were identified as Jessica Denise Miller, 43, of Micco, and Joshua Joesph Poissom, 33, of Sebastian.

The bartender told police that he saw Miller and Poissom near the bar’s t-shirts.

“He made contact with them and asked if they needed any assistance with the shirts. They responded by asking if the shirts were free, and then both subjects bent over and acted as if they were spreading their butt cheeks apart,” the affidavit said.

A short time later, while behind the bar, Miller and Poissom ordered a Bud Light bottled beer and a White Claw in a can. While sitting at the bar, Miller began making another patron feel uncomfortable by touching him. The bartender told her to stop, or they would be asked to leave.

As a result, Miller and Poissom became upset and began causing a disturbance in the bar. At that time, the bartender asked them to leave the property. Miller then grabbed an ashtray and threw it at the bartender, and Poissom then threw the can of White Claw. Then, as they were leaving the bar, Miller threw a beer bottle at the bartender.

The bartender walked up to Miller and Poissom and asked them to leave the property. According to the affidavit, Miller then “took a swing” at the bartender but did not strike him. The two eventually started walking north on Indian River Drive, where police detained them.

Miller, who told police she was a nurse, was charged with 2 counts of Assault, Resisting Arrest, and Disorderly Intoxication. Her bond was set at $2,000.

Poissom, who told police he worked in landscaping, was charged with Assault and Disorderly Intoxication. His bond was set at $1,500.

Things to do in Sebastian this Weekend | February 4th – 6th