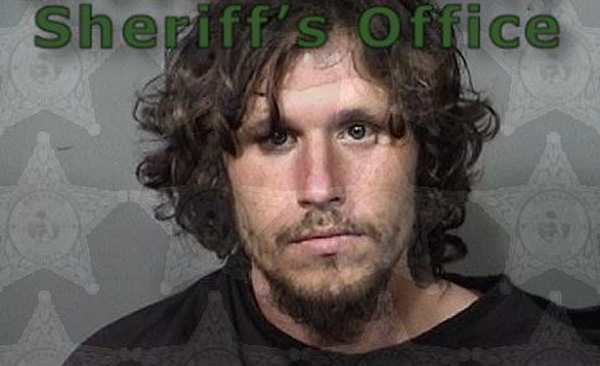 A Barefoot Bay man was arrested Thursday after leading the Brevard County Sheriff’s Office on a high-speed chase.

At approximately 9:50 p.m., a deputy located a vehicle involved in a Kidnapping and Domestic Violation case involving Daryl Scott Lundy, 30, of Barefoot Bay.

According to the affidavit, a concerned citizen contacted the sheriff’s office to report the incident, stating Lundy had a woman in the car and he was worried about her safety.

As deputies attempted to make a traffic stop, Lundy turned off the lights to the vehicle and accelerated through Melbourne to evade law enforcement. A few minutes later, a deputy driving an unmarked cruiser followed the car into the parking lot of the Hampton Inn.

“The driver’s door opened slightly. It was at this time I made the decision to activate my blue lights and siren in my vehicle in an effort to get the occupants to comply and determine if [the female victim] was harmed,” the deputy said.

But then the vehicle accelerated at a “high rate of speed through the crowded parking lot,” the affidavit said.

Lundy almost sideswiped the deputy’s unmarked vehicle. Then when Lundy tried to exit the parking lot, he crashed into another cruiser, causing damage to the front end of the police cruiser, which had its blue lights on.

The deputy said Lundy continued to drive in the parking lot with complete disregard for hotel patrons’ safety and wellbeing. Lundy was taken into custody after driving his car onto a dead-end area of the hotel.

After interviewing Lundy and the victim, deputies determined that no kidnapping had occurred.

When deputies attempted to conduct the traffic stop, Lundy told the female passenger to “buckle up, as it was about to get crazy,” the affidavit said.

Lundy told deputies he fled because he did not want to go back to jail. He evaded because he does not have a valid driver’s license.