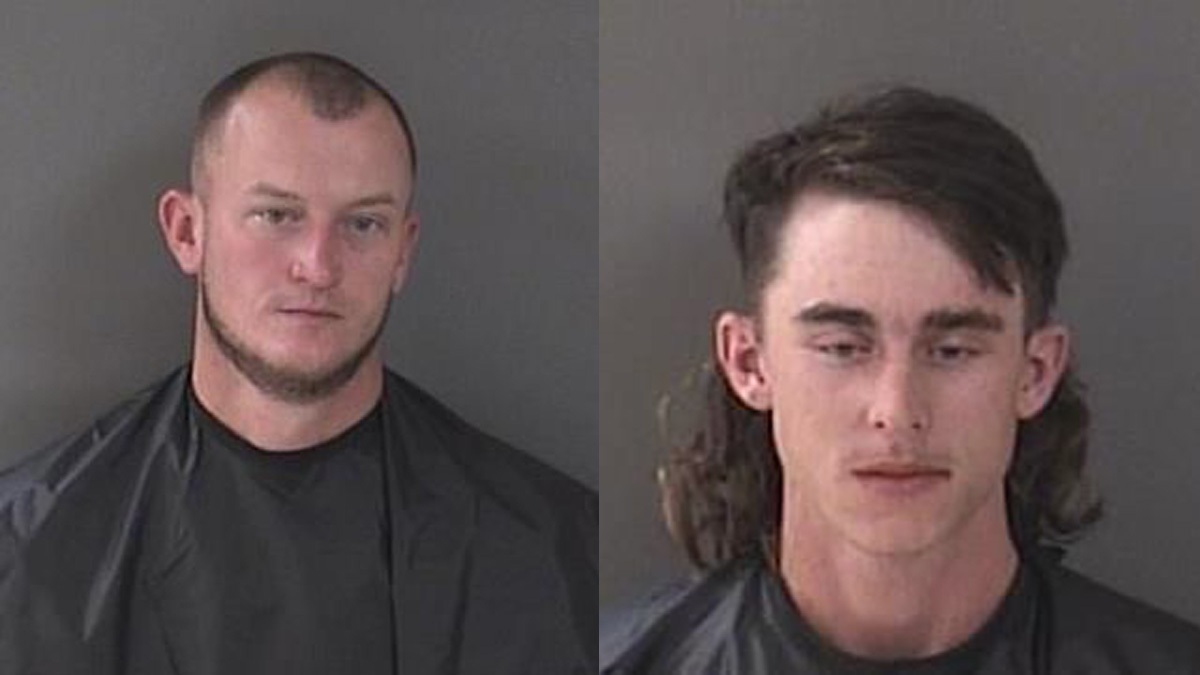 Two men from Fellsmere were arrested Wednesday, Dec. 30, 2020, after stealing a boat anchored at an island near Mulligan’s Beach House in Sebastian.

According to the Indian River County Sheriff’s Office, the boat owner was fishing on another vessel at the time of the incident. He heard his boat startup and leave. The victim and two witnesses began pursuing the boat, according to the affidavit.

The men who allegedly stole the vessel were later identified as 32-year-old Bobby Lee Moneyhan and 20-year-old Hunter Ray Crawford.

After catching up to the vessel, the boat owner asked Crawford what they were doing.

“Crawford stated that he thought the boat was abandoned and that he had contacted the Coast Guard and was meeting them at the boat ramp,” the deputy said.

After being told this, the boat owner said, “ok, let’s go to the ramp and meet them.” However, Crawford then changed his story and admitted he never called the Coast Guard but would once they got to the ramp.

The boat, a 2004 19ft Cape Horn valued at $21,300, was returned to the owner at the ramp. Crawford and Moneyhan allegedly cut the boat’s anchor, according to the affidavit.

Crawford and Moneyhan told deputies they were out to test drive a boat they had just fixed when they spotted a vessel that appeared to be abandoned. They admitted to taking the boat and driving it southbound on the water until they were stopped.

The two men were charged with Grand Theft.

Moneyhan received an additional charge of Battery of a Law Enforcement Officer after kicking a deputy.