Was there an Earthquake in Sebastian, Florida? 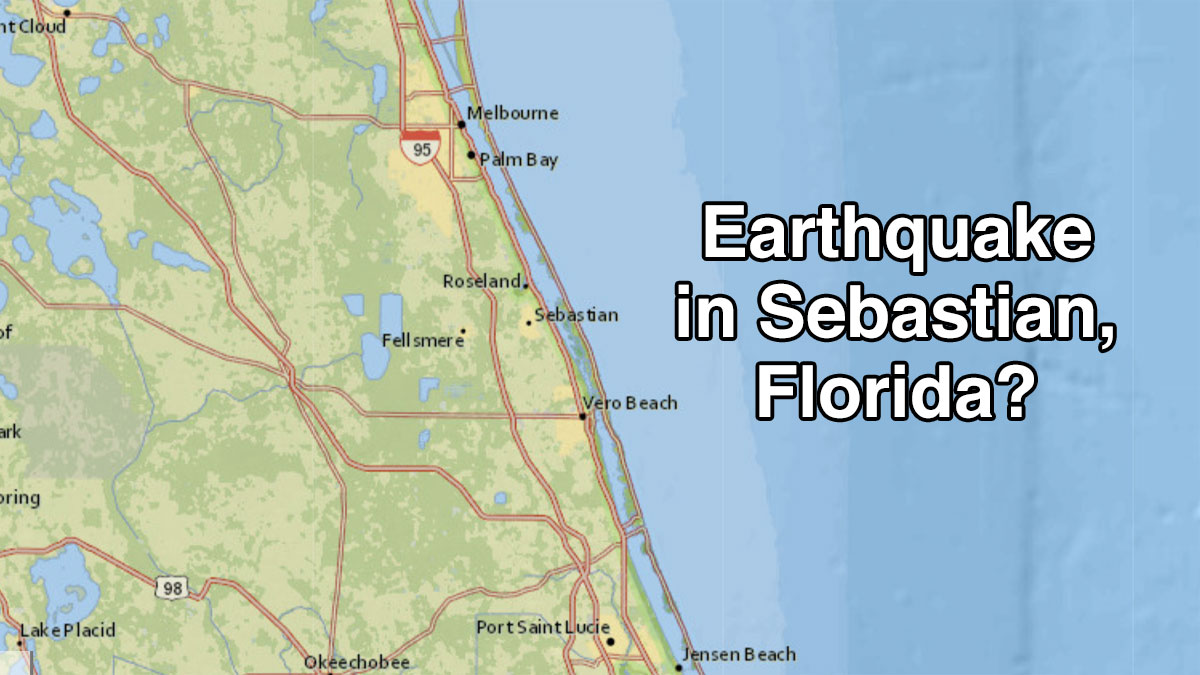 This morning, there were reports on social media of an earthquake in Sebastian, Florida. There was a map by Florida Today showing a quake in Florida, but we can’t find anything.

“At 1:51 am there was a minimal earthquake in Sebastian,” someone posted on Facebook. The post has been shared a few times and now people believe the earth shook in the City of Sebastian.

We then ran a search on United States Geological Survey (USGS) couldn’t find anything. Their maps show a big earthquake in Mexico and a minor tremble way off the coast of Jacksonville, but we couldn’t locate an actual earthquake.

Earthquakes in Sebastian are rare, let alone Florida. We’re not saying Sebastian didn’t have a quake, but we can’t find any evidence from the USGS.

In February, people reported feeling a boom from the ground, followed by a light in the sky. People found out later it was a missile test from a submarine off the coast of Florida.

A couple of months later, people heard another loud boom, feeling like a minor quake for some. That too was another military test in the Atlantic.

Some Richter scales can detect these military tests as earthquakes. We’re not suggesting it happened last night, but we can’t find any evidence other than some map from Florida Today. Again, the USGS is not reporting any earthquake.

Sebastian Daily has called the USGS to confirm if there was an earthquake or not. We are also reaching out to the military to determine if they conducted another test in the Atlantic.

We will update everyone if we find out it was indeed an earthquake. But, for now, there’s no evidence that one was in Sebastian, Florida.